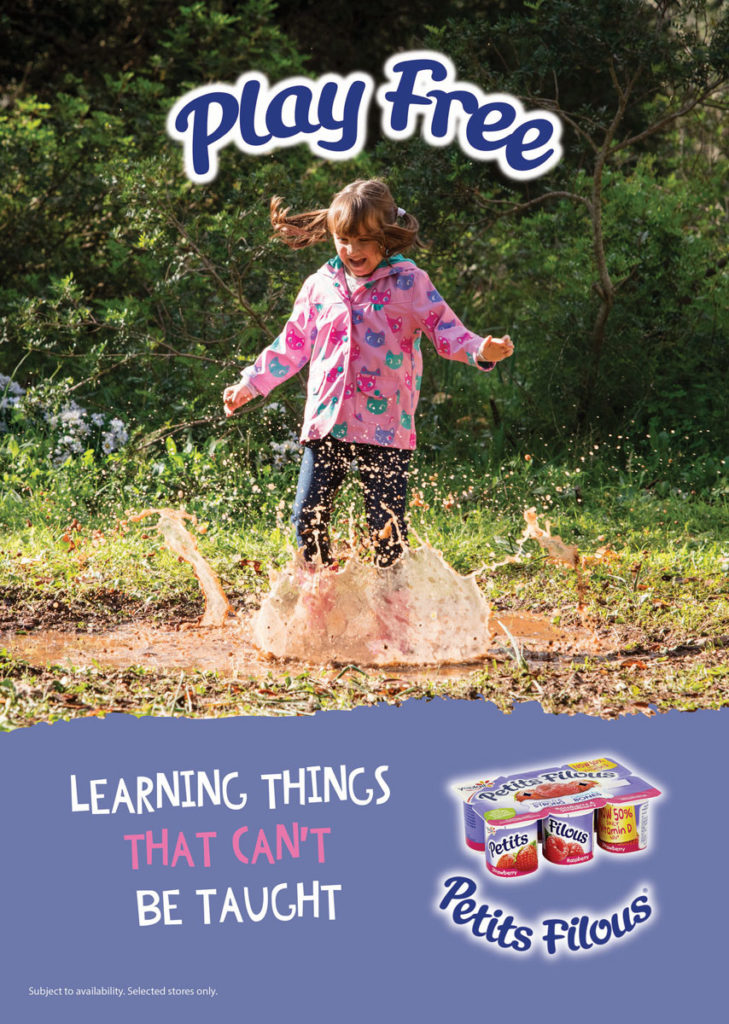 Leading kids Fromage Frais brand Petits Filous has announced a new communications programme, taking on an important, topical opportunity for kids’ development. The campaign will kick off with activity revealing the power of Free Play (unstructured, voluntary, child-initiated activity). With a £3 million media spend planned throughout 2018.

‘Free Play’ is child led play which helps to build softer skills that cannot be taught such as creativity, imagination and spatial awareness.

Starting on 13th January and running until the end of February 2018 the 360-campaign, which is projected to reach over 22 million consumers, will utilise channels including TV, VoD (video on demand) and Facebook adverts. The media plan has been strategically developed from insights showing where and when parents are looking for advice and reassurance and the channels that they want to find this on.

As such, Petits Filous are working with highly credible child development expert and co-founder of The Positive Parenting Project, Anita Cleare, to provide mums and dads with deeper insight on the power of ‘Free Play’ to help provide important life skills to young children.

Petits Filous has also recruited an army of BritMums bloggers to help communicate the campaign messages in an accessible and relatable way including a live Twitter Chat, challenging them to resist the urge to step in and directing their child’s playtime, letting them play free and.

A content partnership with Mother & Baby will feature advertorials, mobile advertising and social media activity including a Facebook Live session to educate parents on the benefits of free play. Anita Cleare will feature across all social activity to provide parents with an expert and credible perspective on Free Play and its benefits for their little rascals.

Richard Williams, Cluster Marketing Director, Northern European Cluster for General Mills and Yoplait, said: “Petits Filous has been dedicated to child development in the UK for the past 30 years. The brand has now extended its focus from the functional benefits of its products (calcium and vitamin D for healthy bones) to the importance of ‘Free Play’ for children’s development, with the aim of making positive changes in society.”

Dairy products such as Petits Filous, are an important source of protein and calcium for children and by adding 50% of their Vitamin D intake to our core range we are helping to build healthy bones and with the latest recipe formulation, the company has been able to go even further in improving the nutrient profile of Petits Filous.