By newsroom on July 20, 2015Comments Off on Cheil’s Piano Made of Barbed Wire Seeks to Unify North & South Korea 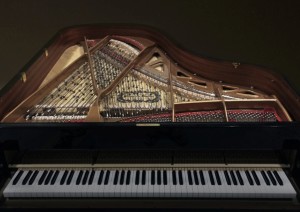 After Korea’s period under Japanese rule between 1910 and 1945, the Korean War broke out in 1950 lasting for three years, resulting in the division of the Korean Peninsula. Tying in with the celebration of Liberation Day on August 15, the Piano of Unification aims to encourage people to give thought to the possibility national reunification and peace.

‘Piano of Unification’ is a project to create a piano out of barbed-wires from the inter-Korean border – a symbol of the nation’s division – to be exhibited and performed in public. Seoul Museum of Art, the National Chorus of Korea and Samick Cultural Foundation are all involved in the project. The piano itself was created by world music group ‘Gong Myung’ who are famous for designing and rendering creative instruments. Over three months, members of Gong Myung transformed barbed-wires from the DMZ frontline military camp into the new instrument.

“I came to realise that barbed-wires, usually a symbol of division, can represent peace. On the other hand, I remembered Christ’s crown of thorns made with border fence’s wires, was given to the Pope when he visited Korea last year,” said Songha Lee from Cheil Worldwide. “We launched the Piano of Unification with an idea to move people’s emotions by adding musical aspects to barbed-wires.” 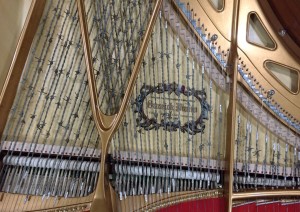 ‘Piano of Unification’ boasts authentic design and sound. The design stands out because of the stark contrast between the luxurious exterior of a grand piano and sharp barbed-wires that replaced the piano strings. The sound is definitely different from that of a normal piano. Using rusty and rugged wires as opposed to clean-cut steel strings gives out a sound closer to percussion than a keyboard instrument.

The Piano of Unification will be showcased in the lobby of Seoul Museum of Art from July 21 to September 29 as part of ‘North Korea Project’ exhibition. Seoul Museum of Art will display the various artworks that embody division along with the piano. Music performed with the instrument and video footage of its creation will be introduced in order to help audiences to commemorate the meaning of reunification. 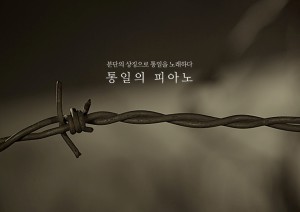 Moreover, the Piano of Unification will be on stage for concert. On August 15, The Liberation Day, it will be played at ‘70th Anniversary of Liberation Chorus Festival’ held by the National Chorus of Korea at Seoul Arts Center where Koreans from all around the world will be gathering and performing.

“As it is a sound made with a symbol of division, the Piano of Unification has a significant meaning in terms of history and music,” said Koo Chun, Art Director of the National Chorus of Korea. “Like Piano of Unification brings music out from the rough piece of iron, I will play the piano with a hope of realizing our long-cherished dream upon this divided country.”

Cheil’s Piano Made of Barbed Wire Seeks to Unify North & South Korea added by newsroom on July 20, 2015
View all posts by newsroom →