Google Inc has launched a small network of balloons over the Southern Hemisphere in an experiment it hopes could bring reliable Internet access to the world’s most remote regions, the company said late Friday.

The pilot program, Project Loon, took off this month from New Zealand’s South Island, using solar-powered, high-altitude balloons that ride the wind about 12.5 miles – twice as high as airplanes – above the ground, Google said.

Like the Internet search engine for which Google is best known, Project Loon uses algorithms to determine where the balloons need to go, then moves them into winds blowing in the desired direction, the company said. 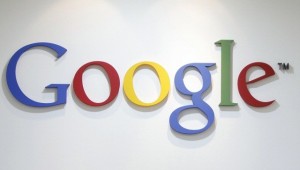 By moving with the wind, the balloons form a network of airborne hot spots that can deliver Internet access over a broad area at speeds comparable to 3G using open radio frequency bands, Google said.

To connect to the balloon network, a special Internet antenna is attached to buildings below.

The Mountain View, Calif-based company announced the project on its official blog here, and its website www.google.com/loon/.

The 30 balloons deployed in New Zealand this month will beam Internet to a small group of pilot testers and be used to refine the technology and shape the next phase of Project Loon, Google said.

Google did not say what it was spending on the pilot project or how much a global network of balloons might cost.

Those vehicles are beginning to gain support from lawmakers in places like California, where a bill legalizing their operation on state roads was signed into law last by Governor Jerry Brown.