By newsroom on July 23, 2013Comments Off on Royal baby souvenir market ‘worth £56 million’ 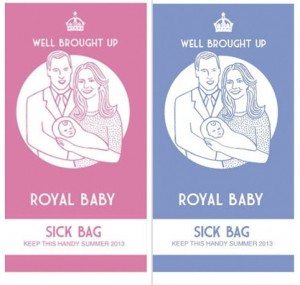 Around £56 million will be spent on specially designed royal baby memorabilia, as part of a retail boost worth nearly £250 million, according to analysts.

The Centre for Retail Research says the increased spending will go on souvenirs, alcohol, toys books and DVDs, while brands are also releasing new lines in a bid to cash in on the hype.

This spending compares to the nearly £200 million that the centre estimates was spent on souvenirs for the 2011 Royal Wedding, with the same amount estimated for the Queen’s Diamond Jubilee last year.

Alongside the predictable range of mugs, T-shirts DVDs and cards, some brands have also jumped on the bandwagon, with Fisher Price launching a Royal Potty and Mothercare reportedly planning a pram in the design of a horse-drawn royal carriage.

Meanwhile the Museum of London is getting in on the act with new exhibition A Royal Arrival, which runs until October and features some of the museum’s royal items, such as baby shoes worn by Queen Victoria’s children.

And the Grosvenor House Hotel has transformed one of its luxury suites into a five-star nursery to mark the birth.

And for the more cynical consumer, Lydia Leith has updated her Royal Wedding sickbag to the Royal Baby sickbag, and also created a range of mugs and pull-along corgi toys.

Royal baby souvenir market ‘worth £56 million’ added by newsroom on July 23, 2013
View all posts by newsroom →