Absolut Are Opening Their Doors And Welcome All To Absolut Home

By newsroom on June 27, 2018Comments Off on Absolut Are Opening Their Doors And Welcome All To Absolut Home 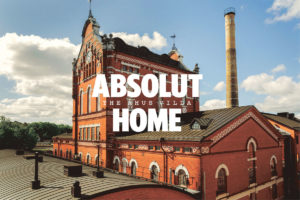 This August, a must-see destination will be opened in Sweden – the new Absolut Home. For the first time, the public will get a chance to go behind the scenes and experience one of the world’s most iconic brands and learn how one of best vodkas is produced from seed to finished bottle.

“In the Swedish town of Åhus, millions of bottles of Absolut Vodka are produced every year, and sent to more than 150 countries. Every drop – from seed to the bottle – is distilled here. And now, you can get to know Absolut inside out, learning about the philosophy, ambitions and the people who make our vodka unique. This gives us a unique opportunity to show how we make our vodka, and how it became one of the most famous spirit brands in the world,” says Johan Trollnäs, Site Manager at Absolut Home. 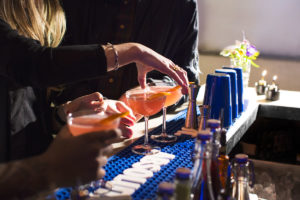 The Absolut Experience is a guided tour through the company’s history, explaining how the vodka was created, introducing the people behind it, and describing how Absolut became one of the world’s most recognisable brands. The experience ends with a tasting session in the extraordinary environment of the Absolut Home.

There’s also an Absolut Cocktail Master Class, where visitors will be able to create their own cocktails together with the house bartenders, learning about vodkas taste and character, as well as smart tips and cocktail experts’ best-kept secrets.

“The food in Restaurant Villan reflects Swedish gastronomy, just like Absolut does. Ingredients from the local region will be served with delicious drinks. Our goal is for Absolut Home to strengthen Sweden’s reputation as a culinary destination,” said Fredrik.

Absolut Are Opening Their Doors And Welcome All To Absolut Home added by newsroom on June 27, 2018
View all posts by newsroom →