By newsroom on March 2, 2016Comments Off on BETC creates end-of-world simulator for Ubisoft game 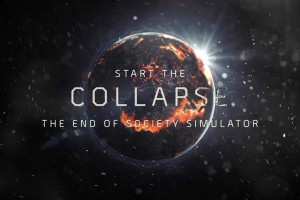 Find out how long the world would survive if you were patient zero in a devastating smallpox outbreak as part of the online marketing for Ubisoft new Tom Clancy game.

The end-of-society simulator, which is called Collapse, was created by BETC Paris to promote Tom Clancy’s The Division, an open-world third person shooter game set in a world where a smallpox pandemic has destroyed society.

Collapse allows users to enter their exact location and then runs a simulation of what would happen if that user was the first person to catch a new strain of a disease and how quickly the world would descend into chaos. Occasionally, the user is given choices about which hospital to go to, or which country to flee to.