By newsroom on November 10, 2017Comments Off on Doritos Teams up with Oath to Launch Ground-Breaking #PLAYBOLD Campaign on Xbox

Doritos has launched a ground-breaking content partnership with Oath on Xbox to coincide with the launch of the world’s most powerful console, the Xbox One X. 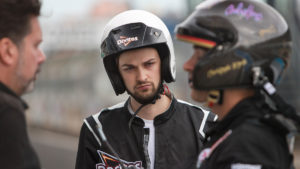 Created by OMD UK and Oath, the #PLAYBOLD campaign will see Doritos partner with three of the biggest YouTube gamers to prove that they are the boldest gamers in Europe, challenging them to play some of the most hotly anticipated Xbox One X games to see if they can handle the games for real.

Doritos has invited Ali A, Alpha Sniper and Jelly to test out their skills on Xbox games including the newly released Sea of Thieves, Forza 7 and Halo 5. The YouTube stars will recreate scenes from the games as a real life challenge filmed in interactive videos. Users will be able to use the Xbox ‘X’ button to flick seamlessly between gaming and the real life challenges. 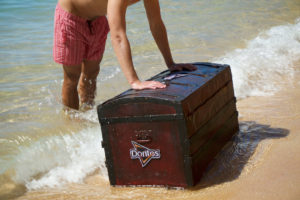 Robert Pawson, Senior Brand Manager Doritos Europe at PepsiCo said: “We’re so excited to launch this fresh and innovative campaign. Gaming is a key passion point for our audience and this partnership with Xbox is a brilliant fit to showcase our BOLD positioning and ‘fun time together’ mantra. Working with Oath and OMD UK, we’ve created some fun and exciting content which we hope our customers enjoy as much as we did making it.”

Ali A is a huge car enthusiast and car gaming fan with over 9 million YouTube subscribers. Being put to the test in a Forza-themed racing adventure, he will take on the GP circuit at the famous Nürburgring in real life. 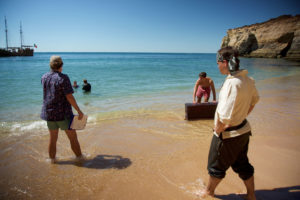 He’ll be challenged with a Sea of Thieves adventure, dodging circling sharks, fighting pirates and stealing treasure, shot in an idyllic bay in sunny Portugal.

Alpha Sniper is a gamer whose channel videos are focused on FPS games such as Call of Duty, Black Ops and video challenges. He’ll take on the Halo Grifball challenge in real life. 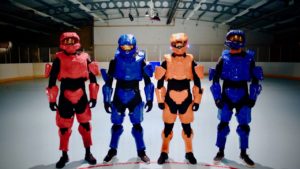 Mark Melling, Head of RYOT Studio, Oath’s branded content marketing arm, said: “Xbox is a unique creative canvas that is also unique to Oath, with a hugely engaged audience. Our production team worked in close partnership with OMD UK and Doritos to produce new and exciting interactive content that resonates with this community and can live on this platform and beyond.”

The content will be amplified for four weeks across Doritos’ social channels and Xbox HUB pages. The campaign will be supported by an on-pack promotion in partnership with Xbox, offering customers the chance to win a new Xbox One X every day.

Doritos Teams up with Oath to Launch Ground-Breaking #PLAYBOLD Campaign on Xbox added by newsroom on November 10, 2017
View all posts by newsroom →