Make It Red Asks Brits to “Buy Some, Leave Some” as part of Labour Party’s Covid-19 Initiative 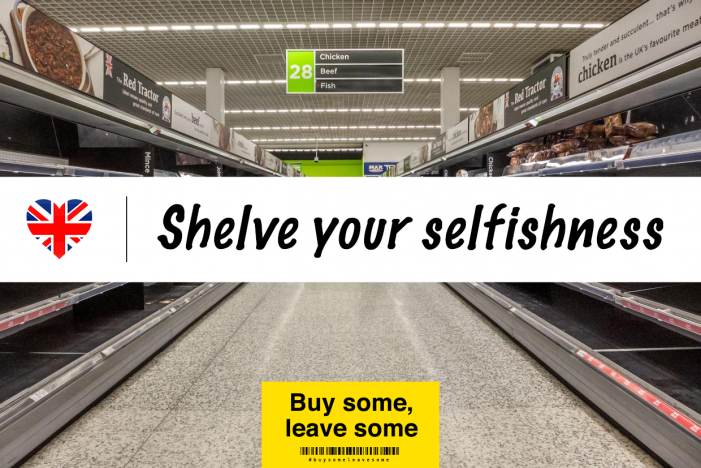 In response to the Labour Party’s call for ad agencies to apply creative thinking to coronavirus messaging, creative studio Make It Red has put together a series of in-store posters designed to nudge supermarket shoppers into taking a more public-spirited approach to filling their trollies.  Copywriter Simon Kirkham and art director Mark Beacock created a campaign in […]