By newsroom on August 24, 2018Comments Off on 180LA Adds Two Creative Teams to Growing Department 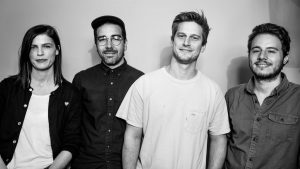 Copywriter Will Sands, previously at Deutsch and AKQA, will partner with Art Director Robison Mattei. Prior to joining the team at 180, Mattei worked at Saatchi & Saatchi LA, CP+B and JWT Sao Paulo, and Leo Burnett Dubai. Both Sands and Mattei are highly awarded creatives who have lived all over the world, lending their global perspectives to accounts including Taco Bell, Air Jordan, Samsung, and Coach.

When asked about their favourite recent projects, Sands cited writing fun, irreverent comedy for the partnership between Deadpool 2 and 7-Eleven. Mattei highlighted his work for The Amanda Foundation, where Getty Images featured photos of real shelter animals to improve their chance for adoption.

“Between Boost Mobile’s Boost Your Voice and UNICEF’s “Unfairy Tales,” 180 has created some of the best work in LA in recent years,” says Sands. “It isn’t a bureaucratic agency, so there’s lots of room for contribution. We’re excited to join such a fast and nimble team.”

The second creative team to join 180 has been working together for the past four years, starting at WongDoody. Copywriter Jim Goodrich, a graduate of the Chicago Portfolio School, has worked on accounts such as Tinder, Amazon, GoToMeeting and The Standard Hotel.

Goodrich and Lay have both expressed their excitement to join the groundswell of energy at 180.

“The enthusiasm of everyone on the 180 team is infectious,” says Goodrich. “Creating is what drives us. To know we’re going to an agency that supports the kind of work we want to be making is amazing.”

“We live in an era where brands are in a constant battle to rethink what is possible,” says Al Moseley, Global President and Chief Creative Officer at 180. “We are pleased to have Will, Robison, Elizabeth and Jim join 180. Both teams are uniquely talented and will bring a fresh perspective as they provide creative solutions to our clients’ business challenges.”