By newsroom on August 21, 2013Comments Off on ASA clears controversial Marmite ad

The advertising watchdog has decided not to investigate the controversial “animal cruelty” Marmite ad that has sparked hundreds of complaints to the regulator, saying the spot is “unlikely to cause serious or widespread offence”.

The Adam&EveDDB-created ad, which features a parody rescue unit travelling around the UK recovering “neglected” jars of Marmite left at the back of cupboards and a Michael Buerk voiceover, first aired on TV on 5 August and subsequently online.

It attracted 504 official complaints to the Advertising Standards Authority (ASA) in this time, some claiming the ad is “deeply offensive” because it “trivialises” the work of both animal welfare charities and child protection agencies. Some complainants also claimed the ad was unsuitable to be seen by children and that it might cause distress to people who had been victims of abuse.

The ASA Council, which rules on whether ads have breached the Advertising Code, has decided there are no grounds for further action and will not launch an investigation. 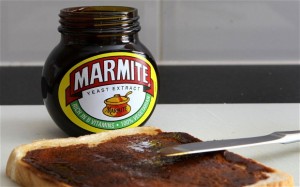 In a statement, the Council says while some viewers may find the theme and style of the ads distasteful, most would recognise the ads were a spoof.

A spokeswoman for Marmite owner Unilever says: ”We are delighted to hear that the ASA has decided not to investigate our current #MarmiteNeglect advert. This is the first time that Marmite has been on television for two years and the tongue-in-cheek campaign has been designed to be as provocative as our brand. We’re not fans of indifference and are pleased that the ad encouraged debate and that love overwhelmingly won out.”

Earlier this month Unilever donated £18,000 to animal rescue charity the RSPCA in an attempt to ward off accusations it ridiculed the work of animal protection services in the ad.