By newsroom on November 8, 2017Comments Off on Five Dogs Star in Saatchi & Saatchi’s New “SUV Family” Campaign for SAIC Volkswagen

In a new market strategy among German SUV brands, SAIC Volkswagen plans to launch their “SUV Family” concept in 2017 via integrating its core SUV models: Teramont, Tiguan L, and Tiguan SR. Moving forward with the slogan, “An SUV for Everyone,” VW’s “SUV Family” caters to a broad spectrum of consumer demands. 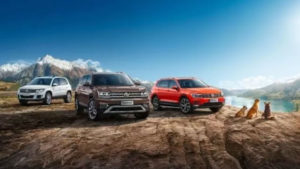 Saatchi & Saatchi Shanghai created COMPANION TVC specifically for Volkswagen’s “SUV Family” project and officially announced its release at the Chengdu Auto Show. Their creative team chose a ‘journey’ theme based on consumer demand reports and experts in the field. Five dynamic dogs engage the audience by sharing a cozy and warm family travel experience from their perspective. COMPANION brings a fresh experience to the audience and TVC received immediate appreciation soon after its release. As a result, SAIC Volkswagen’s “SUV family” products achieved excellent sales in the aftermath as well.

Sharing the Joy of Life, Exploring the World Together 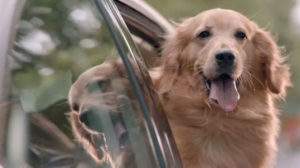 While travelling on a family road trip, everyone should be involved; including our four-legged friends. SUVs are characterised by their spaciousness and provide the ideal vehicle for exploring with your loved ones. Based on this market insight, Saatchi & Saatchi built a story around a family’s road trip and shared the experience through the eyes of their beloved pet dogs. Compared to TVCs from similar automobiles, COMPANION struck a chord with consumers and stood out amongst the crowd due to its rigorous storytelling structure as well as artistic approach. 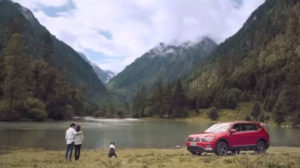 Starring in COMPANION include a Golden Retriever, Border Collie, and three 35-day old pugs. The advertisement begins with the dogs and their domesticated life. Initially, they could only wag their tails looking longingly outside through the window, or staring at the landscape painting on the wall. Next, their desire to explore the outside world was granted with the sound of a whistle and the appearance of an SUV with their owners ready at the wheel.  Along the road, the starring dogs feel the gentle breeze from the vehicle windows, play by the lakeside, and climb mountain peaks. 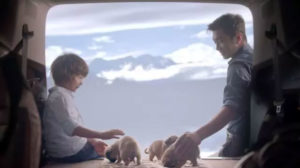 TVC’s background music and lyrics were tailored exclusively to fit the COMPANION and its heart-warming scenes. The connection between family and SUV is redefined for a unique lifestyle. Regardless of distance or destination, COMPANION expresses the brand’s support for all types of lifestyles, echoing the slogan: “An SUV for Everyone”. 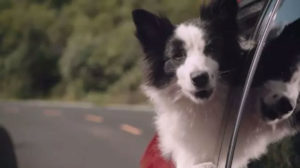 In order to capture an awe inspiring visual experience, the shooting took place around Mount Gongga. Moreover, the filming continued in the face of earthquake warnings around Sichuan province.

In just four days of shooting while trying to meet a tight deadline, the film crew encountered challenges such as landslides, altitude sickness, extreme weather, and even yaks blocking the road. 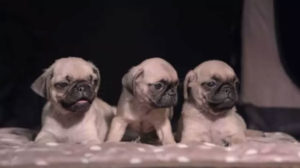 Despite all of this, the team managed to accomplish the task due to strong support from SAIC Volkswagen as well as the dog trainers. Most rewarding of all, at the Chengdu Auto show, COMPANION TVC received high praise and recognition from the client and the public at large.

Chief Creative Officer of Saatchi & Saatchi Greater China, Mr. Fan Ng commented: “We designed COMPANION from a unique family oriented perspective to align with the characteristics of the vehicles. We want to break away from the conventional automobile TVCs and bring the public a brand-new visual angle to extend the influence of SAIC Volkswagen’s ‘SUV Family’ concept.”