By newsroom on May 16, 2018Comments Off on KFC’s Colonel’s Club Celebrates the Royal Wedding with Kentucky Fine China 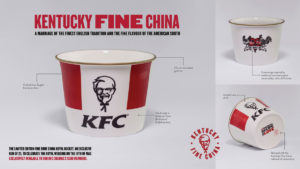 The bucket is the latest reward members can claim and is truly fit for royalty as it’s made from fine English bone china. Created by creative agency Iris, the handmade limited edition bucket has been crafted by Milton China based in Stoke-on-Trent.

Key features of the bucket include: 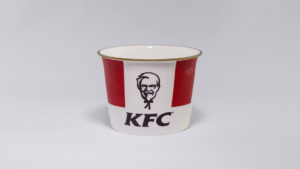 Hazell White, CRM & Loyalty Manager, KFC UK & Ireland said: “With our Colonel’s Club loyalty scheme, we’re always looking to reward our members with unique rewards that go beyond the predictable transactional points scheme – the bone china bucket is a great example of us giving our fans something of real value.”

Grant Hunter, ECD, Iris said: “It’s the perfect marriage of the finest English china and the fine flavour of the American South. We’ve designed them for the KFC loyalists who we hope will love the craft we’ve put into making the iconic bucket even more iconic.”

The ‘Kentucky Fine China’ bucket is in line with the Colonel’s Club promise to give members more than just points; in the past the scheme has offered members a chance to hand bread chicken themselves and build any burger they want with ‘Open Kitchen’, as well as allowing members exclusive access to new launches before they’re available to the public – such as the ‘Double Down’ offer. 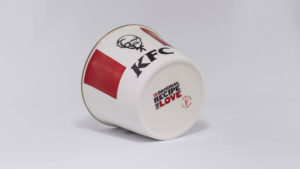 The competition will run from Tuesday 15th – Sunday 20th May, to stand a chance of winning one of the 25 buckets you need to be a Colonel’s Club member. To become a member download the Colonel’s Club app.

Finally, to celebrate the Royal Wedding day itself, KFC will also be making 50 limited edition, specially-designed cardboard commemorative buckets available from their Windsor restaurant on Saturday 19th May. 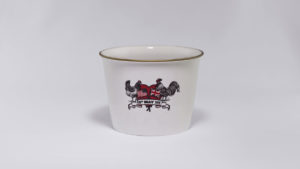 KFC’s Colonel’s Club Celebrates the Royal Wedding with Kentucky Fine China added by newsroom on May 16, 2018
View all posts by newsroom →