By newsroom on October 17, 2018Comments Off on LIDA launches EMEA-wide brand campaign for Invesco 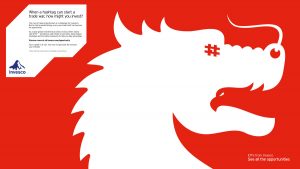 LIDA has launched a brand campaign that brings to life the Invesco exchange-traded fund (ETF) offering across Europe. The work shows the opportunities that can unexpectedly surface in troubled times.

Collaborating with renowned illustrator, Noma Bar, the campaign features visuals that reveal a second illustration in the negative space. 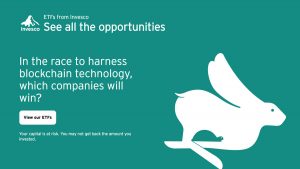 The campaign is aimed at Independent Financial Advisers (IFAs) and focuses on three hot topics: the trade war between America and China, the impact of responsible investing and the impact of blockchain technology.

The campaign launches this week in five European markets, across press, digital, DOOH, events and a partnership with WIRED magazine. 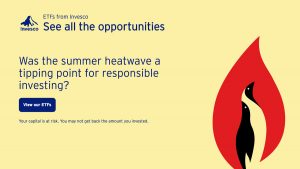 Nic Basson, Head of UK Retail and EMEA ETF marketing at Invesco said: “We’re so proud of this piece of work. It is proof that Financial Services advertising doesn’t need to rely on cliched analogies and men in suits to get across a compelling message. The ETF market is thriving in Europe, and this work will help to reinforce Invesco as a major leader in the sector.”

Ben Golik, Chief Creative Officer at LIDA, said: “Developing this campaign has been a labour of love. It has been fantastic working with the team at Invesco to craft the stories of each debate. Noma has been the perfect partner in helping us create smart visuals that reveal two sides to each story.”