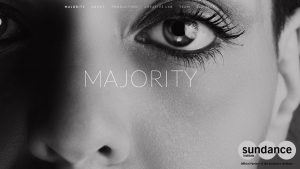 Emmy-nominated director and producer Senain Kheshgi has teamed up with advertising industry veteran and executive producer Jonathon Ker to launch Los Angeles-based MAJORITY, a new production company with an all-women roster of established and ascending directors.

The company, which is backed by M&C Saatchi, will operate as its own agency-agnostic entity, with the ability to develop additional relationships with global brands and advertising agencies.

MAJORITY focuses on creating opportunities for women directors in the commercial, music video, and branded spaces while developing their voices as independent filmmakers working on their own projects. The goal is to address gender disparity within the commercial industry and create a new pipeline to expand creative opportunities for women directors.

“Women drive the economy through our buying power and influence yet are only 10% of commercial directors,” says MAJORITY Partner and Managing Director, Senain Kheshgi. “We saw this as an opportunity to create a space for women directors to speak directly to consumers through their work and artistry. MAJORITY is a community of collaborators dedicated to cultivating and amplifying the careers of women in commercial and independent film.”

The venture had its inception at M&C Saatchi LA, where Executive Creative Director Maria Smith has collaborated with Ker on productions for clients that include BMW, UGG, Pacific Life and the San Diego Zoo. MAJORITY’s creative partners and advisors include Caroline Libresco. The company plans to unveil its inaugural roster of directors following the 2018 Sundance Film Festival.

“As the leader of the creative team in charge of hiring directorial talent, I’ve seen first-hand the disparity that exists in the ad industry,” says Smith. “MAJORITY was born out of a need. As advertisers, we can and need to do more to create an industry that’s inclusive and geared toward helping talent succeed. I’m excited to see all of our worlds come together to do this in a way the industry has never seen before.”

Moray MacLennan, Worldwide CEO M&C Saatchi said, “There is a dramatic gender imbalance in the sphere of film and tv commercial production. We are delighted to be doing our bit to address this.”

“One of my strengths has been convincing agencies and clients to believe in the filmmaking capabilities of young and up and coming directors. Over the years, I have become increasingly frustrated with the imbalance and lack of opportunity in our industry for female directors,” shares Ker. “Senain is a talented director that I have worked with on several projects. I saw in her a passion for her community of independent filmmakers, and a deep connection with supporting other directors,” says Ker. “I knew immediately that we could bring our two worlds together to develop and support women storytellers to create a new kind of woman driven production company.”

Through this official collaboration with Sundance Institute, MAJORITY looks forward to supporting the Women at Sundance programme to expand opportunities for women filmmakers working in the independent film arena. In 2019, the company plans to launch a creative lab for emerging women directorial talent to hone and strengthen their professional development. The goal of these programmes is to provide enhanced access to resources and commercial spaces that have been difficult for women to break into.

Jonathon Ker, who has distinguished himself as a forward-thinking innovator with a keen eye for discovering talent and opportunity in the world of content creation, will serve as Partner and Executive Producer at MAJORITY. Ker has launched and cultivated a number of filmmaking careers for artists such as Gore Verbinski, Michel Gondry, and Melodie McDaniel. His creative endeavours span the course of two decades and include collaborations with Coca-Cola, AMEX, Nike, U2, Michael Jackson, Eminem, HBO, VH1 and the Coppolas.

Kheshgi is a three-time Sundance Fellow, a two-time Tribeca All Access Fellow and the recipient of a Rockefeller/Media Arts Fellow. A Peabody-award winning director and producer, her feature documentary, The Diplomat (ESPN) was nominated for three Emmys. She also made the award-winning Project Kashmir (Independent Lens) and directed the comedic series, Divas of Karachi, for Indie Lens StoryCast. Kheshgi’s commercial credits include Here Be Dragons (formerly Vrse) for Facebook, Johnson & Johnson, and Save the Children and LA MUSICA HABANA, commissioned by The Annenberg Center for Photography in Beverly Hills as part of PACIFIC STANDARD TIMES, “Cuba Is” exhibit at the Annenenberg Center for Photography.