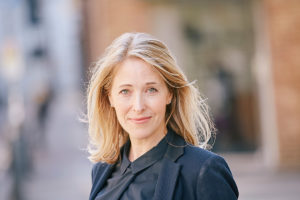 Donald’s role will be to lead O&M London’s production capability across all channels. Her appointment as Chief Production Officer marks the first time the discipline has been represented alongside the Account Management, Planning and Creative disciplines in a Senior Management line-up at Ogilvy.

Donald has been Head of Operations at Google Creative Labs since 2013. Before this she worked as Head of Operations at Havas for three years, where she worked closely with Mahoney. She was previously a senior producer at Mother and Deputy Head of TV at JWT. Donald started her career as a commercials producer and has also worked in feature and short film production. While at Google Creative Lab, Donald was responsible for operationally leading a team who produced projects including an installation with UNICEF at the UN, Google Stories, ‘DevArt’ at the Barbican, and ‘Inside Abbey Road’.

Mick Mahoney, CCO, O&M London said, “I am delighted that Clare will be joining our senior management team. She has a brilliant understanding of execution across all channels, from feature films to advertising production to digital and experiential. This is a new era for O&M. One in which production and craft will take centre stage, reflecting the evolutionary nature of the production discipline. Clare’s arrival signifies our commitment to delivering against all of our clients’ demands, while ensuring that our creative standards are best in class.”

Donald said, “When Mick and Charlie approached me about this opportunity, it felt like the perfect next challenge. The team’s ambitions for the Agency – and the production discipline specifically – are totally aligned with where the industry is going. I cannot wait to be part of what’s happening at O&M London.”

Donald will take up her role in June.