By newsroom on October 1, 2018Comments Off on Sweetshop’s Mark Albiston directs new ad for Three Ireland and Boys + Girls

Directed by Sweetshop’s Mark Albiston, this fun new spot for Three Ireland from Boys + Girls is about connecting with those we love the most.

‘Bounce’ sees a Mother and Daughter who are physically separated brought back together via FaceTime to play on a bouncy castle. 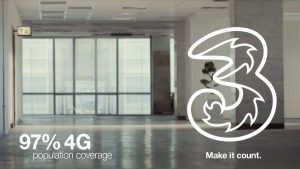 Mark Albiston said, “The idea for ‘Bounce’ came from Kris at Boys and Girls, who had a conversation with his daughter via FaceTime on a trampoline while on a work trip. Phone calls to kids who miss you when you’re on the road are always hard… but when you connect with play, the distance seems to melt away. Boys and Girls are a great team to collaborate with, and they got me involved pretty early on, so it was good to ‘bounce’ ideas around with them, ‘scuse the pun. They were really fun ideas to play with and we had a great time with the cast and crew bringing them to life.” 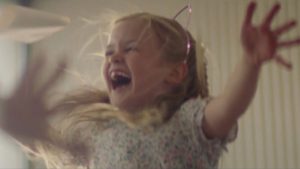