By newsroom on April 5, 2018Comments Off on ‘W.O.’ becomes ‘W.O.man’ in a campaign by F.biz for the Maria da Penha Institute 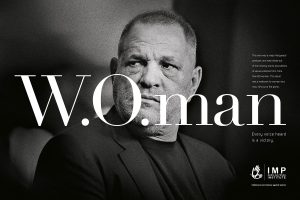 The accusations of sexual harassment against women have increased all over the world. Movements and new outlets encouraged victims to break the silence, becoming news in the world media. Convicted and removed from their positions, household names have been taken ‘out of the game’ in a bitter defeat by ‘W.O.’.

The initials, which mean winning because of the impossibility of a competition, reaches a new meaning in the campaign created by F.biz for the Maria da Penha Institute. Based on the concept ‘Every woman that speaks out is a victory’, the action released online and on the main published Brazilian media on International Women’s Day.

The goal was to show that harassers lose by ‘W.O.’ when women speak out.

“When we show men that are finally being exposed and facing the consequences of their actions, we make use of a subject that is highly debated nowadays to reinforce the power women have on their hands when they speak out,” says Renata Longhi, Content Director at F.biz. 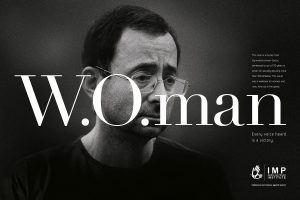 “Information saves lives and helps people out of the dark. The more campaigns we do and the more we talk about the subject, the more claims we’ll have. More men will have to forfeit, and more women will be victorious,” says Conceição de Maria, Project Coordinator at IMP.

The campaign both incentives women to speak out and invites them to demand from the public power a structure that is truly capable of protecting them and of punishing the aggressors. More police stations and specialised police officers are a few of the suggested changes.

“The campaign combines pieces that bring awareness to the importance of speaking out, and also guides women on the means to seek help in this ill-equipped scenario we have today in Brazil,” alerts Fabio Astolpho, Creative Executive Director at F.biz. 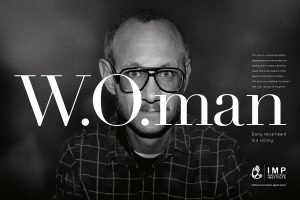 It is estimated that only 5% of the Brazilian cities have Specialised Police Stations for Women (DEAMS, in Portuguese). Many of the women’s police stations we have lack the necessary resources, and most of them are located in São Paulo, a state that has opened its first unit 33 years ago.

Facing such reality, the women’s rights movements play a key role. IMP, for instance, fights domestic and family violence against women all over Brazil since 2009 through the Law 11.340/2006 – ‘Maria da Penha Law’.

The disclosure of cases of aggression enables changes in behaviour that have to reach society as a whole, from movie stars to regular people who fear facing a price too high for accusing their aggressors.

‘W.O.’ becomes ‘W.O.man’ in a campaign by F.biz for the Maria da Penha Institute added by newsroom on April 5, 2018
View all posts by newsroom →