By newsroom on January 20, 2014Comments Off on Zoopla ends West Brom sponsorship after anti-Semitic gesture row 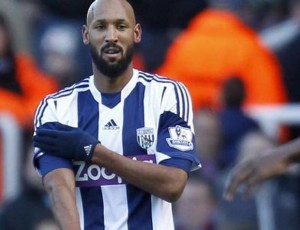 Property website Zoopla has pulled the plug on its shirt sponsorship deal with West Bromwich Albion, after becoming embroiled in a row with the Premier League club over an allegedly anti-Semitic gesture made by one of its players.

Striker Nicolas Anelka celebrated a goal against West Ham earlier this month with the controversial “quenelle” gesture, which he claimed was in tribute to his friend, the French comedian Dieudonne.

The Football Association is investigating the matter, with Anelka facing a lengthy suspension if found guilty. However, until the investigation is complete, West Brom is free to select the Frenchman, including in today’s match against Everton

It was widely reported that Zoopla, part-owned by Jewish businessman Alex Chesterman, had made the club an ultimatum not to play Anelka until the investigation is complete, or else it would end its sponsorship.

Following reports Anelka was set to play in this evening’s match, Zoopla has confirmed it will end its sponsorship at the end of the current season. The estimated £3m, two-year deal began in 2012 and was set to expire in the summer.

Zoopla head of communications Lawrence Hall said: “Through our sponsorship of West Bromwich Albion we are pleased to have supported the local community and charities.

“In recent weeks, however, we have decided to re-evaluate this sponsorship and as a result we will focus our attention on other marketing activities from the end of the season.”

The brand added it will honour its commitment to donate £100,000 to the club’s Albion Foundation and other local community charities between now and the end of the season.