By newsroom on December 21, 2017Comments Off on Absolut, Cult and Crane.tv Instigate Second Phase of #ANightForChange

On 27th September 2017, #ANightForChange brought seven artists around the world together during one night to shine a light on the issues affecting their communities – from gender equality to racism – using creativity as a tool for positive change. However, there were meant to be eight artists. 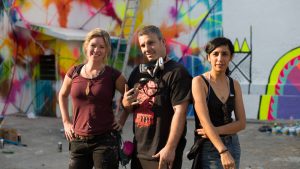 The week before, an earthquake struck the La Roma-Condesa community of Mexico City, where the artist in Mexico – Meteoro – was meant to paint. The people of La Roma-Condesa were left devastated and have spent the time since rebuilding their homes and sense of community.

Now, more than ever, they’re in need of an uplifting message of unity – a show of global solidarity in their struggle. This instigation act is about showing that the community is not forgotten whilst also bringing a sense of rejuvenation to the area. 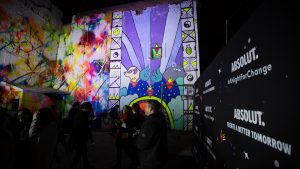 Meteoro’s new artwork takes this situation into consideration – inspired by the strength and beauty of La Roma-Condesa. Artists from the previous global act in the UK and Canada – Liverpool’s BetaRok75 and Vancouver’s Emily Gray – travelled to Mexico City to join her in this cause. They offered their support for positive art in the community by painting alongside her.

Beyond these murals, Absolut supported an event on 14th December to coincide with the unveiling and to celebrate the area by involving local food and cultural partners from the community. At the heart of this cause was the drive to bring people back to the neighbourhood that was Mexico City’s thriving cultural centre. Creativity was used to spread a positive message of strength in unity and the community celebrated those who have done so much to rebuild this area already. 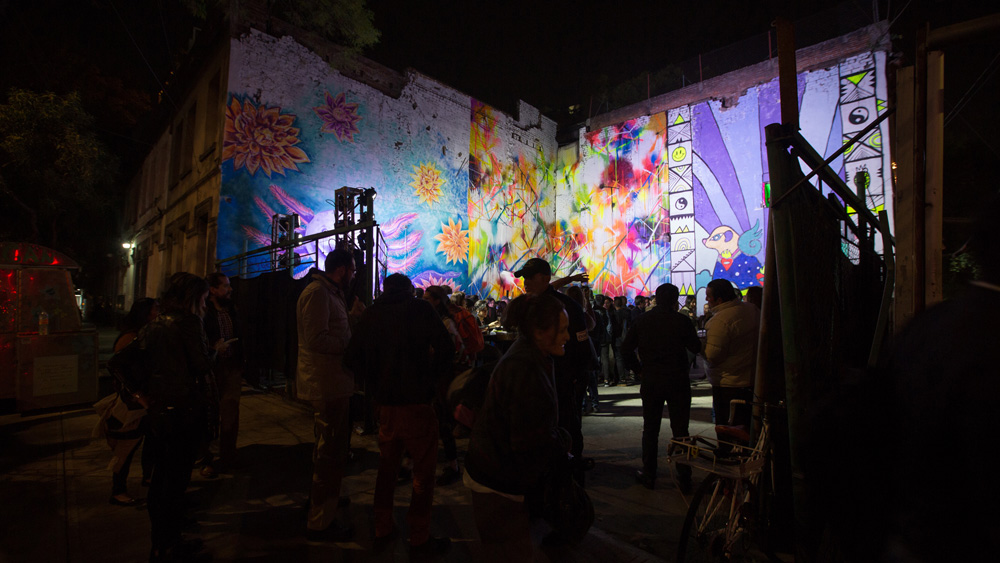 Meteoro was commissioned for this project. A Mexican artist, she has worked in the music and fashion worlds and is known for her mural paintings in Berlin, Copenhagen, Barcelona and Mexico City. The walls made by the artists are on the corner of Durango and Mérida Streets in the La Roma neighbourhood for the next two months. Everyone visiting La Roma is invited to join the movement, have fun and share the message that it’s time to reactivate the economy and keep spreading a positive message of strength and unity. 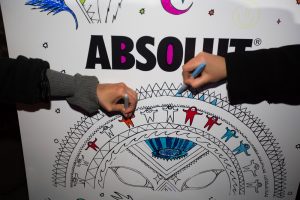 The entire project was devised by Cult with Absolut Mexico and produced by Crane.tv.

Constantin Bjerke, Founder and Executive Producer at Cult comments: “Having witnessed the terrible destruction the earthquake had on such an amazingly vibrant area, we were thrilled to be able to do something to help the community re-unite. Absolut are such an inspiring client to work with and it was a wonderful experience to see how art and commerce can re-engage a community and bring a glimpse of hope and healing to the area.” 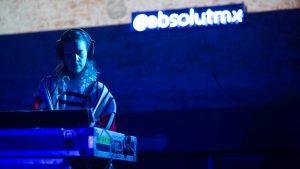 On December 14 at 7 p.m. the final touches were given to the work and Absolut invited media and influencers from the area to show the final result.

At the “Fiesta de Cambio” (festival for change), Absolut hosted the night, inviting attendees to be part of two activities that seek to continue with the creation of pieces of art. There was a street food dinner in the style of the La Roma-Condesa neighbourhood with music by DJ PapiPerez and DJ ESA MI PAU (who closed the event). 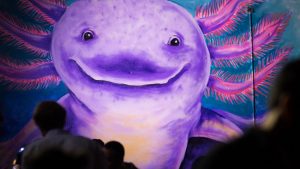 The food was provided by El Beso Gastronomía Huasteca, a business in the area that served typical Mexican food and Ojos Que Sienten Foundation. The foundation is focused on training and developing the human potential and skills of people with visual disabilities.

“In this piece I want to represent the power of being connected from the deepest root, when it is most needed. The circle represents unity and the two animals are the dogs that at this moment in Mexico are a symbol of love and loyalty to the neighbour, illuminated by a bright flame of empathy to connect with each other. 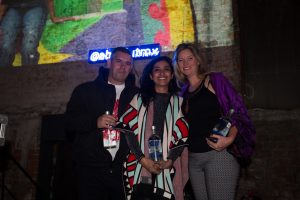 At the bottom of the design, there is a collection of rocks that represent the rubble, from which arises a rainbow transmitting the power with which humanity can shine if we take the adversities as lessons. The complete design is framed by a series of symbols and tribal forms, which remind us of the healing power of ancestral wisdom,” revealed Meteoro.

“The piece I want to create is about regeneration, energy and colour. Use of many varied and bright colours represent life in all forms. The energy comes from the speed in which it was painted and the regeneration from the space it will live in! I’d like people to enjoy the colours as they walk by and reflect on the previous look of the wall. I hope it will make people think how even a little addition of colour can affect mood,” commented BetaRok75. 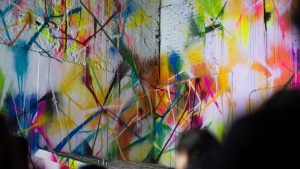 “My piece is about the fragility and resilience of nature and global unity around environmental issues. The strength and adaptation of desert rose succulents, the near extinction of axolotl – but their amazing ability to regenerate limbs – brought to life in vibrant Mexican colours. This all represents the spirit and unity of the community,” said Emily Gray.

Absolut, Cult and Crane.tv Instigate Second Phase of #ANightForChange added by newsroom on December 21, 2017
View all posts by newsroom →