By newsroom on August 12, 2015Comments Off on Adidas will market its top football clubs under one umbrella strategy for the first time 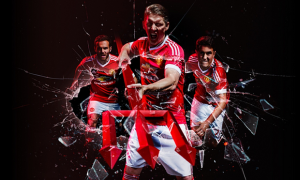 Manchester United, Chelsea, Real Madrid and Juventus are global brands in their own right but wants their distinct football legacies to work as one for the first time to keep it ahead of Nike in the sport.

The German sportswear business wants its club teams to be the difference in its neck-and-neck battle with its American counterpart in Western Europe. While Nike has seen football sales rise in the region this year, albeit at slower pace due to last yearâ€™s World Cup, Adidasâ€™ has suffered declines, forcing it to scrap the individual strategies per team.

Instead of United, Chelsea, Real Madrid and Juventus consigned to a brand bubble as has happened in previous seasons, now they are all linked with the #BetheDifference hashtag. Itâ€™s a concept steeped in Adidasâ€™ bid to make future football marketing reflect street players rather than just professionals with the hashtag encapsulating the idea that everyone has their own definition of victory in the sport.

From co-creating with fans to hosting events, the brand is working with its global lead football agency Iris Worldwide and creative shop The Corner to build a global suite of work that can bring that concept to life. All four teams are already activating the strategy though its initial impact has been the greatest at United.

While it wonâ€™t share full sales figures, the company has revealed sales of the clubâ€™s shirts broke the existing megastore record by almost 50 per cent. Such is the success of Unitedâ€™s #BetheDifference campaign that it helped deliver over a monthâ€™s worth of predicted shirt sales within the first five days.

â€œMany Adidas retail partners have reported a 200 per cent increase in day one sales compared to last yearâ€™s kit launch, experiencing phenomenal demand across the globe and declaring the Adidas Manchester United kit launch as the biggest ever launch of replica,â€ said Steve Marks, Adidasâ€™ director of sports marketing for Manchester United.

By rallying the top clubs from Europeâ€™s top leagues, Adidas is ultimately pressing home its team sponsorship advantage over Nikeâ€™s more player-focused approach to the sport.

The German outfit now has partnerships with six of the top 10 clubs in the world and will likely activate Bayern Munich and AC Milan with their own interpretations of the strategy given both are already using the hashtag. For instance, Unitedâ€™s brand is distilled through #BetheDifference as the â€˜Break Expectationsâ€, whereas with Real Madrid it’s â€œOnly Perfect Countsâ€, Chelsea it’s â€œIf itâ€™s not Blue then it will beâ€ and for Juventusâ€™ â€œOur Way or No Wayâ€ strapline.

â€œEach club has fantastic supporters and our job is to clearly make the clubs fans, Adidas fans,â€ said Marks. â€œIn 2015 we have become partners with two of the most iconic clubs in world football – Manchester United and Juventus, adding to our fantastic partnerships with our other top clubs, demonstrating that our desire to work with the biggest clubs on a global scale remains a priority.â€

Beating Nike aside, there are more practical reasons for Adidas to unite the marketing for its football clubs. Separate brand strategies for each team can be disjoined and in turn make conversations too hard to create and maintain at scale. Yes there will be cost reductions from reduced duplication and so on from #BetheDifference but this is inline with the companyâ€™s wider move away from individual brand strategies because it dilutes the ability to engage and sustain a conversation.

Adidas football marketing is at a crossroads; Should its reset campaign, which saw it replace its Predator and F50 lines with the new Ace and X boots, fail to win over younger fans then it could lose its Western Europe crown to Nike. But if the umbrella football club campaign can take up the baton United has bolted with then it could prove the difference in the latest round in the ongoing tussle between the two heavyweight marketers.

Adidas will market its top football clubs under one umbrella strategy for the first time added by newsroom on August 12, 2015
View all posts by newsroom →