By newsroom on May 12, 2016Comments Off on Cheil Worldwide’s Life Saving TV for KT rolls out across South Korea 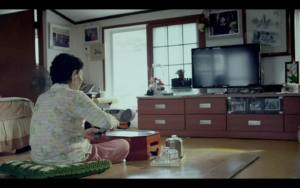 Cheil developed a unique piece of code which allows any TV to communicate, via a set top box, with designated mobile phones. When the elderly person turns on his/her TV set, the unique code automatically sends a text message to the mobile phone of a caregiver and/or loved ones. If there is no TV activity after 24 hours, another text message is automatically sent to the elderly person’s social worker alerting them, and the social worker can call or visit.

Cheil Worldwide and KT created the innovative service to help solve issues around the care of the elderly in South Korea, where more than 1.38 million senior citizens live alone and few social workers are taking care of them (1 social worker to almost 27 seniors).

The project is based on the insight that over 98% of elderly living alone have a TV set and the first thing they do when they get up in the morning is turn on their TV. 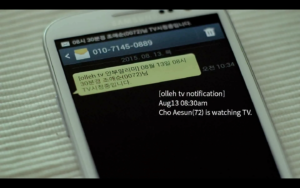 The elderly people using the device reported anxiety levels decreased by 12%, and feelings of loneliness dropped by 30%.

Kate Hyewon Oh, Executive Creative Director at Cheil Worldwide said: “In the last 10 years, the number of seniors has doubled in South Korea. A lot of these men and women live on their own and fear dying alone. The idea behind the KT Life Saving TV was not only to create a technology that helps them in their daily lives, but also to raise public awareness of this social issue.”

Cheil Worldwide’s Life Saving TV for KT rolls out across South Korea added by newsroom on May 12, 2016
View all posts by newsroom →