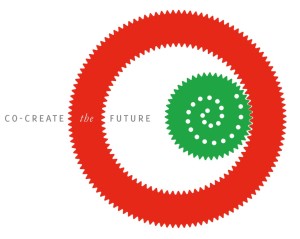 ADFEST unveils its 2014 theme, “Co-Create the Future”, to reflect how marketing communications in today’s world is no longer yours alone as interaction and communication between businesses and consumers are more diverse and transparent than ever.

Vinit Suraphongchai, Chairman of the ADFEST Working Committee, states, “It’s undeniable that the collaborations between brands, agencies, media, and consumers are crucial in today’s communication.  The voices of consumers have great influence in defining the value of brands and these voices are loud and clear.”

“It is crucial for everyone from brand owners to end consumers to recognize we are all communicators and how powerful we are as influencers.  Whether we mean to or not, we influence our friends, our peers, and other consumers.  The recognition of this influence will allow us to create something even more meaningful together.  The ADFEST 2014 icon, designed by Santosh Padhi of Taproot India, is a great reflection of how co-creation can lead to endless possibilities,” adds Jimmy Lam, President of ADFEST.

“ADFEST is a collaboration of creative minds.  It is a creative award for the creative community.  It is all about rewarding fresh, new and innovative ideas.  So we’ve come up with an icon that is not constant, like an idea which is never the same.  The icon is of two parts: one is a symbol of co-creation, and the other is the output or expression of such co-creation.  The playfully simple spirograph can create hundreds and thousands of wonderfully creative expressions,” explains Santosh Padhi, Chief Creative Officer & Co-Founder of Taproot India.

ADFEST will first launch the “Co-Create the Future” spirograph, before unveiling its endless expressions shortly. Call for entries for ADFEST 2014 will be also be announced next week.