BACARDÍ has announced the launch of Sound of Rum Series, a four-part music documentary which explores the influence Caribbean music has on the world and the intrinsic link between rum, music and the cultures that have combined over time to create today’s the Sound of Rum. The series, devised by Wasserman, is the latest iteration of the BACARDÍ the Sound of Rum creative campaign which aims to connect the brand’s island roots to modern music.

The Sound of Rum is a diverse sound and unique concept born from the brand’s partnership with electro/moombahton trio Major Lazer, announced earlier this year. It draws influence from a collection of Caribbean genres including reggae, dancehall and afro beats and fuses them with modern day global influences from hip-hop, trap and grime to create something truly unique. Sound of Rum Series is released to further illustrate and explore this cultural and creative movement. 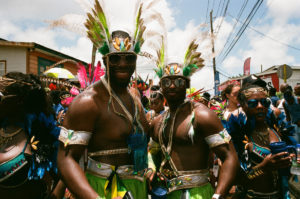 Sarah Doyle, Vice President of BACARDÍ for Europe, says: “It is important that we continue to create content and experiences that truly resonate with our audience. The Sound of Rum began as something to connect our brand’s island roots to modern music, but Sound of Rum Series goes deeper by clearly defining the concept whilst paying homage to the culture and traditions from which it was born. We are excited to have worked with so many inspiring and authentic artists on this project which, alongside the partnership with Major Lazer, enables BACARDÍ to bring the Sound of Rum to life in so many unique ways.”

Each episode of Sound of Rum Series begins with the islands conveying how the Sound of Rum, though born in the Caribbean has traveled and developed throughout the world. Featuring stars such as Major Lazer, Sean Paul and Chase & Status, the series offers musical insights into the scene and reveals how the Sound of Rum has flourished in Europe.

Episode one of Sound of Rum Series released on Thursday 9 November, with the three remaining episodes released the following weeks after.