By newsroom on November 10, 2017Comments Off on Greenpeace France launches Orizon: the start-up which banks on climate change

Timed with the COP 23 summit, Greenpeace France is launching Orizon, an imaginary real estate agency which allows you to buy properties which will become the sea-front homes of tomorrow (or the near future). The operation was conceived and built by Artefact.

Orizon is a fictitious company based on a realistic business model, leveraging the possible consequences of climate change to raise people’s awareness. It has all the makings of a real company: its logo, its launch film, its mobile and desktop website. It hides its cynicism behind a benevolent and positive tone. 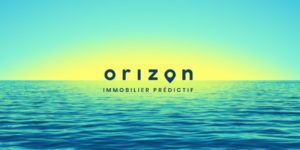 Whilst the firm may not be real, the business model is: the online service, conceived and built by Artefact, is entirely based on tangible data and working algorithms:

The campaign is being launched on November 9th, one day after the opening of the COP 23 summit. It is essentially a viral process which will be propagated via Greenpeace social media. It will be launched simultaneously in France and Belgium with 45 and 30 films, aiming to generate site traffic. 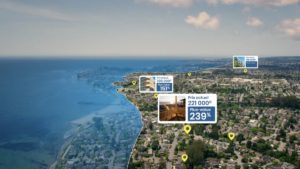 The Orizon site is available in three languages, and in France it will be possible to see the property listings in the 4 zones where the sea level rise will be the most critical: the Camargue, the Gironde estuary, the Charente Maritime region, and the North.

At a time where states are assembling for the COP 23 summit, Greenpeace wishes to increase the general public’s awareness of the harsh realities of global warming, as well as emphasizing how urgently we need to act to stop it. By twisting the codes of a start-up which would do anything for the sake of making profit, the aim is to highlight the cynicism of industrial firms and the hypocrisy of states whose actions do not meet the standards of the Paris agreement.

Greenpeace France launches Orizon: the start-up which banks on climate change added by newsroom on November 10, 2017
View all posts by newsroom →