By newsroom on July 10, 2017Comments Off on Harry’s debuts in the UK with new integrated campaign by Brothers and Sisters 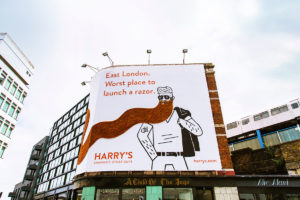 The debut campaign for Harry’s, the shaving company, in the UK has launched. The campaign will run across TV, digital and OOH for four weeks in the UK.

The idea behind the work is ‘Shaving’s other guys’ – which allows Harry’s to talk about itself in a way that shows it as an alternative option to the establishment, a brand that’s for every guy and one that puts the customer first.

Lorna Peters VP Marketing at Harry’s added: “The idea for Harry’s was born out of a frustrating purchasing experience — we wanted to make shaving better for ourselves and for guys everywhere. We wanted to rethink the whole experience, including the expensive, over-designed and poorly packaged products. It’s been exciting to see the changes we’ve been able to provoke in the US, we realized that the UK has that same earlier dynamics. The category leader has been consistently raising prices, pocketing the profits, and taking advantage of their dominant market share. British guys have no real alternative and we wanted to fix that.” 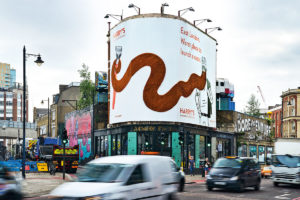 The campaign, created by Brothers and Sisters, uses largely black and white illustrations drawn by Brooklyn-based designer and illustrator Joey Pasko which will appear in OOH, online, as well as on beer mats, TV and a specially built ‘bearded’ billboard.

“We wanted to get British support through creating a sort of underdog spirit,” said Matt Charlton, CEO at Brothers and Sisters.“Harry’s is already a success in the US, It has been a privilege to help the brand launch here in the UK.”

TV executions include a one off 40” spot set to air during the final game of the Lions tour on 8 July, while the bespoke billboard will appear in an East London location and feature an actual 3D beard added onto it, along with the line: ‘East London. Worst place to launch a razor’.

The underdog mentality appears throughout, through a self-deprecating yet authentic tone designed to reflect the brand’s disregard for the rules and the ‘established way of doing things’.

Harry’s razor blades are engineered in Germany and the company owns its own factory, which means it controls the value chain from manufacturing to point of sale to fulfilment and customer experience, allowing it to offer quality at every touchpoint.

Brothers and Sisters was appointed lead creative agency in the UK following a competitive pitch. Media planning and buying is being handled by Goodstuff.

Harry’s debuts in the UK with new integrated campaign by Brothers and Sisters added by newsroom on July 10, 2017
View all posts by newsroom →