By newsroom on October 11, 2018Comments Off on HAT launches ‘Inspiring Minds’ project to celebrate the golden age of advertising

The History of Advertising Trust (HAT) has launched a new project sponsored by the National Lottery which reveals the stories of some of the most creative Adland legends from the Golden Age of British advertising.

Named ‘Inspiring Minds’, the project was made possible by an £8,000 grant from the Heritage Lottery Fund (HLF) and will provide a permanent legacy for future generations. It takes us back to the early days of TV ads when the industry was feeling its way with this new medium. We discover the stories that led to our most celebrated adverts and launched the careers of some of the greatest British film makers.

The project consists of filmed interviews with some of advertising’s most influential figures of the last half century, discussing their lives and work and exploring how they see the future of advertising in a digital age.

In the interviews, we discover how Sir Alan Parker went from mailroom boy at an advertising agency to the award winning writer and director of feature films including Bugsy Malone and Midnight Express. Dave Trott shares his thinking behind the ‘Lipsmackinthirstquenchin’ Pepsi slogan and Sir Frank Lowe talks about the production of the iconic Benson & Hedges campaigns for cigarette advertising when regulations stipulated ‘no cigarettes to be shown’. There is political power too – Jeremy Sinclair, known as the ‘quiet man’ of advertising, was behind Margaret Thatcher’s ‘Labour isn’t working’ campaign that resulted in the Conservative’s taking power in 1979. 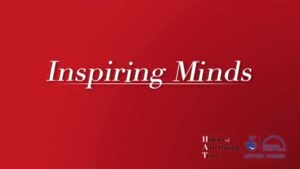 Jarvis explains, “This project is living history in action and not only is it very entertaining, but it will also be immensely valuable for generations to come. It is a great privilege to have met some of the industry’s greatest talents and record their memories. For many of us, the ads have had a lasting impact on our lives with memorable slogans, jingles and images that chart important changes over the decades. These interviews will no doubt help to inspire an industry of the future.”

Sir Alan Parker recognises the impact of advertising on our lives and the value of the archives. He adds “Once you move on to do other things, you think the commercials are not that important, but the wonderful thing about modern technology is that now everybody can see them. It’s educational and it’s just brilliant, because, in the end it’s our social history that you’re seeing there, it’s who we were.”

Robyn Llewellyn, Head of HLF East of England, said: “We’re delighted that National Lottery players’ money can support HAT to save the stories of the people behind some of the most iconic and recognisable adverts of the last 50 years. This project gives us an invaluable insight into the development of household brands and campaigns and record how the industry has changed over the years.”

Inspiring Minds will be launched in phases over the remainder of this year with themes including Ad Campaigns, Early Days and Influences, the Birth of Account Planning and thoughts on the Digital Future.

HAT launches ‘Inspiring Minds’ project to celebrate the golden age of advertising added by newsroom on October 11, 2018
View all posts by newsroom →