By newsroom on August 5, 2015Comments Off on If Marketers Are Worried About Ad Blockers, They Should Throw More Cash at Mobile 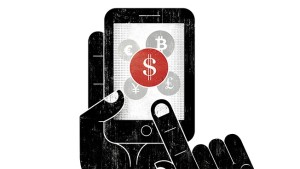 Genesis Media, which surveyed more than 11,500 US adults in late May and early June, found that while 24 percent of respondents installed ad blockers on either their home or work computers, just 3 percent did so on their smartphones or tablets.

Two things immediately jump out from those statistics:

First, marketers already had plenty of reasons to focus on mobile, since that’s where consumers are increasingly directing their attention. If brands believe that more of their ads won’t be blocked on smartphones and tablets, their incentive to throw more money at mobile platforms only builds.

Secondly, nearly a quarter of the respondents have used ad-blocking systems like Adblock Plus, AdGuard and uBlock. If you are a glass-half-full type of person, you could also say that more than 75 percent of people haven’t downloaded the no-promos software.

The numbers are noteworthy because ad blockers have and other marketers in recent months.

Here are a few other highlights from the research, which ran across Genesis Media’s partner sites including Bauer, AMI, The Boston Globe and the Los Angeles Times:

If Marketers Are Worried About Ad Blockers, They Should Throw More Cash at Mobile added by newsroom on August 5, 2015
View all posts by newsroom →