By newsroom on March 3, 2016Comments Off on NABS appoints Karen Blackett as its new president 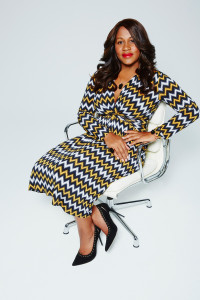 In her new role, Blackett will be instrumental in driving NABS’ new vision focusing on industry wellbeing.

NABS’ vision sits alongside its newly defined role to improve and champion the wellbeing of everyone in advertising and media. This includes three core pillars, supporting individuals; building a community; and sharing expertise.

Blackett has been a leading diversity champion in the advertising and media industry, as well as being recognised as Britain’s most influential black person. Leading MediaCom’s 900-strong staff, Blackett has ensured the media agency’s own black, Asian and other minority ethnic (BAME) representation has risen from 12 per cent to 19 per cent during her time in charge. Amongst many other achievements, Karen launched a sector first in 2012; a Government backed Apprentice Scheme. The scheme allows apprentices to work towards an industry recognised NVQ in Marketing and Communications, giving access to those who may not have considered working in the industry otherwise.

Speaking of her new appointment, Blackett said: “I strongly believe in the value that the advertising industry has in contributing to the UK economy, and feel that as an industry sector, we should be proud of our profession, whilst safeguarding the wellbeing of all of our incredible talent. Having a communication industry that reflects the UK in its make-up will help future proof our industry. We must ensure we champion diversity and focus on health and wellbeing in the workplace. This can help improve the bottom line for employers and maintain a healthy and happy workforce. These are issues very close to my heart.”

Diana Tickell, NABS CEO adds: “NABS’ new strategy is launched at a time when we have seen continuing uplift in calls to our Advice Line and in particular a 68% increase in calls relating to emotional support. Adding Karen’s voice to our cause while we expand our services is very exciting. In Karen, we not only have an outstanding figurehead, but also a hugely inspirational person. Karen will be a fantastic president and will be a key voice in driving NABS’ vision onwards. Our enormous thanks go to Stephen who has been brilliant for NABS and brought consistency during a time of transition and supported us as we’ve developed our strategy. We’re very grateful for his continued support.”

NABS appoints Karen Blackett as its new president added by newsroom on March 3, 2016
View all posts by newsroom →