By newsroom on March 14, 2018Comments Off on New Animated Film Illuminates Support Admiral Nurses Give to Those Living with Dementia

Dementia UK launches a three-minute film ‘Together Again’ that highlights the specialist one to one support its Admiral Nurses deliver to people living with dementia. 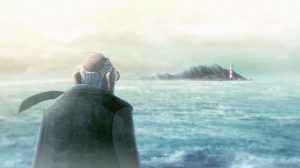 The design and direction of the film was led by Reuben McNaughton from Passion Pictures.

Created by Arthur London and produced by Royle Productions, the highly emotive animated film brings to life how an Admiral Nurse can provide vital support. A husband and wife are forced apart by an ocean. The powerful metaphor depicts how the Admiral Nurse helps the couple reconnect using techniques such as memory triggers and sensory recall. We see the shipwrecked husband navigating a stormy sea to reach his wife, who is living with dementia. 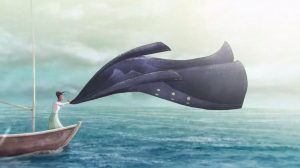 Sarah Marcon, Head of Production at Royle Productions, comments: “Dementia can be such an isolating condition, not only for people affected by it but also those close to them. In this film we really wanted to show how Dementia UK and their Admiral Nurses help and support people living with dementia and their loved ones through these difficult times. Reuben has developed a truly beautiful and emotive film, balancing a compelling message with a sensitive touch.” 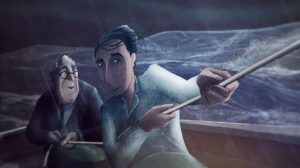 Reuben McNaughton, Animation Director at Passion Pictures comments: “My granddad lived with dementia during the later years of his life so I have a very personal connection to the project. I can safely say I have never worked so intensely for such a long time, but even during the hardest points, this film has continued to be worth it. I look forward to hearing how the film is received and sincerely hope it has a positive impact for the brilliant people over at Dementia UK.” 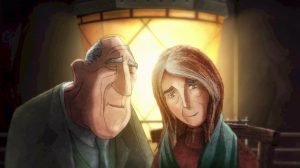 CEO and Chief Admiral Nurse at Dementia UK, Dr Hilda Hayo said: “We are excited about ‘Together Again’,and are ambitious for what we hope this film achieves. We want people who are looking after someone with dementia to know that there is specialist advice and support out there for them, in the form of Admiral Nurses. Nobody should have to face dementia alone. The Admiral Nurse in the film is able to bring the couple in the film together again for a few precious moments, through the specialist skills they use to keep families connected to their relative with dementia.” 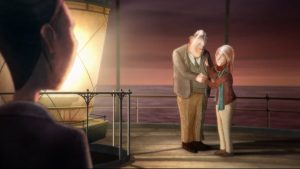 Nick Whillis, Partner at Arthur London, comments: “This film was real labour of love. Twelve months in the making. We’re enormously proud of the work. Dementia is a huge national issue touching over a million peoples’ lives. Admiral Nurses are playing a vital role in helping those with dementia and their families live everyday as best they can.”

‘Together Again’ goes live on Facebook from 14th March 2018 and will be supported by cut downs and a 30-second radio ad.

New Animated Film Illuminates Support Admiral Nurses Give to Those Living with Dementia added by newsroom on March 14, 2018
View all posts by newsroom →