By newsroom on December 23, 2015Comments Off on New research by Telegraph Hill reveals 2015’s ten most emotional TV moments in the UK

New, analysis has identified 2015’s most emotionally resonant TV moments. The analysis, which involved close monitoring of over a billion Twitter conversations, was carried out by advertising agency Telegraph Hill. The agency scrutinized Twitter conversations to identify specific moments within broadcasts that had real emotional impact and prompted viewers to share their feelings on social media. This was then subjected to further psychological analysis by looking at the primary human emotions associated with the ‘top moments’.

The most shared TV moments were: !!!SPOILER ALERT!!! 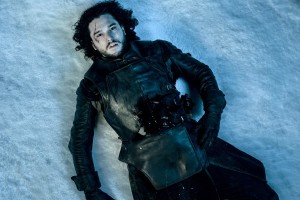 1) Jon Snow’s death in Game of Thrones
Tweets: 687,871
Emotion: Shock
In one of the defining moments for the drama, UK viewers went into meltdown after the realisation that the series had killed off its biggest character. This is something that echoes Telegraph Hill’s 2014’s research, showing that the most talked about moment last year was the shock that Sherlock was still alive. 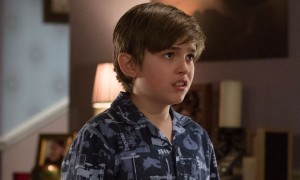 2) Bobby revealed as Lucy Beale’s killer in live EastEnders episode
Tweets: 534,671
Emotion: A mixture of shock and disappointment
After a yearlong build up, the EastEnders ‘who killed Lucy Beale’ live episode stirred up a strong reaction from the nation, with viewers taken aback by the shock revelation that the killer was her 11-year old brother, Bobby. The moment caused the UK to tweet not just out of shock, but also disappointment, with many arguing over the plausibility of the killer and how clever the revelation actually was. The live event marked the soap’s 30th anniversary, with the episode conjuring a number of conversations and memes, including the name blunder from Tanya Branning calling character Ian Beale by his actual name Adam. 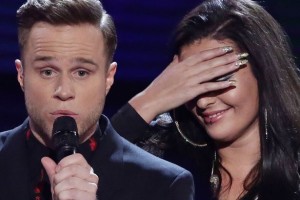 3) Olly Murs announcing the exit of Monica Michael early
Tweets: 464,443
Emotion: Humour
With the departure of The X Factor’s long-standing compère Dermot O’Leary, the role fell to presenter Caroline Flack and ex-X Factor contestant Olly Murs; a blunder was always waiting to happen. It was when Murs announced that contestant Monica Michael was leaving the show before going to the Deadlock section that the country flocked to Twitter. Many laughed at Murs, with ‘I’m getting sacked in the morning’ and ‘Sorry Simon’ being the two most shared phrases. 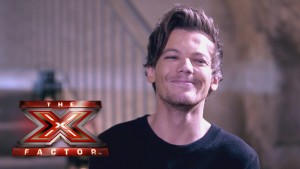 4) Louis Tomlinson appears as guest judge on The X Factor
Tweets: 434,018
Emotion: Excitement
Louis Tomlinson’s return to the show that made him a star five years ago caused Directioners all over the UK to frantically express their joy on Twitter. The power of the fandom caused Twitter in the UK to become flooded with nothing but Tomlinson, from images and GIFs to short clips and Vines of his guest appearance. 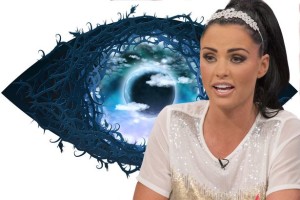 5) Katie Price enters Celebrity Big Brother
Tweets: 276,137
Emotion: Excitement and anticipation
This year’s Celebrity Big Brother was already experiencing a high volume of online conversation, driven by online blogger Perez Hilton making snide remarks and Katie Hopkins being, well Katie Hopkins. However, the moment that got Twitter talking was the surprise entrance of ex-glamour model Katie Price. After her stint on I’m A Celebrity as well as her own reality show, the conversation centred on how much people love Katie Price and excitement around her reaction to the other housemates’ behaviour. 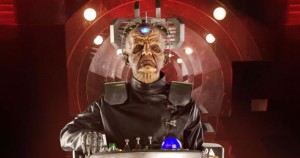 6) The revelation of Davros’ background story in Doctor Who
Tweets: 164,788
Emotion: Shock
Doctor Who fans were treated to a surprise in the opening episode of the series as the Doctor faced a dilemma over whether to save the life of a young Davros, his mortal enemy, or not. Throughout the episode, there were brilliant quotable lines of dialogues, including ‘Davros. My name is Davros’, which fans tirelessly tweeted and retweeted. 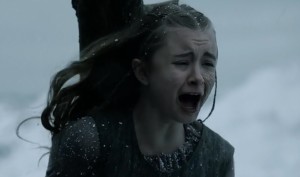 7) Stannis sacrifices his young daughter Princess Shireen in Game of Thrones
Tweets: 161,964
Emotion: Shock and disgust
A second inclusion for the Game of Thrones series, this time around the sacrifice of Princess Shireen by her father Stannis. Viewers were shocked and disgusted as they watched Shireen burned alive as a sacrifice to the Lord of the Light, tweeting their shock at the scene’s graphic nature. 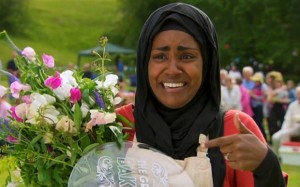 8) Nadiya Hussain wins Great British Bake Off
Tweets: 143,253
Emotion: Happiness
With the ‘political correctness gone wrong’ controversy in the days after her win, Twitter itself actually focused on the positivity behind Nadiya’s triumph during the announcement. The nation went wild with joy at her fully deserved win, with social media anointing her as the most popular winner of Great British Bake Off to date. 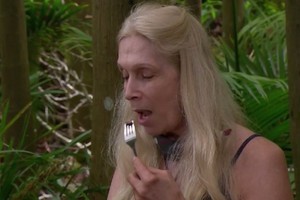 9) Lady C eats a testicle in I’m A Celebrity
Tweets: 137,160
Emotion: Joy and humour
What does the nation love more than watching the upper classes embarrass themselves? Watching them struggle to eat a turkey testicle, of course. Twitter particularly focused on the fact that Lady C questioned presenters Ant and Dec ‘what are bollocks’ when presented with the challenge, with a number of hilarious Vines circulating within minutes of the clip going live. 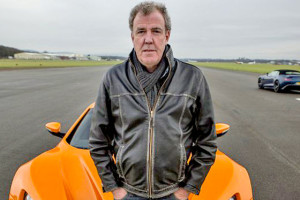 10) Jeremy Clarkson’s last Top Gear
Tweets: 129,124
Emotion: Celebratory and sadness
In the final moments of the Top Gear, UK viewers turned to Twitter to both celebrate and share their distress about it being Clarkson and the gang’s final programme on BBC2. In the lead up to the episode, conversations centred on anger and controversy, but this had subsided by the time of broadcast, giving way to a stream of congratulatory tweets.

Over a billion tweets were analysed by Telegraph Hill to identify the most emotionally resonant TV moments. Feelings of shock and surprise were the most likely to be shared, revealing that the UK public is most expressive when shown unexpected conclusions or plot twists. The research also reveals that schadenfreude leads the UK public to create and share its own reactive content in the form of Vines, GIFs and memes. The study was able to identify how Twitter can enable an online form of “emotional contagion”, similar to that seen in crowds at sporting events, and some tweets were retweeted hundreds of times.

Chris Moon, head of insights & analytics, Telegraph Hill says: “The power of storytelling has taken ahold, with drama coming into its own this year. A year of plot twists and surprising outcomes led the UK to really take to second-screen viewing, reacting to the twists and turns on social media. 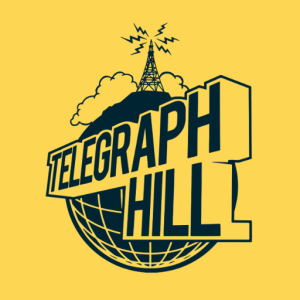 Other people’s misfortunes created the perfect moments for the nation to share their reactions with creative flair, with a number of hilarious memes circulated within minutes.

Real life, great stories and intense dramas drive mass viewing and fuel conversations on social media. Shock, surprise and humour are the emotions most likely to drive viewers to share on Twitter.

Chris Moon continues; “Gone are the days of only being able to watch TV at a scheduled transmission time. Audiences now interact with shows before, during and after they’ve aired, giving series a longer lifespan than ever before. It’s these extended moments that present a new opportunity for both brands and broadcasters to interact with their audience through smart, creative content. Just look at the likes of the official Great British Bake Off Twitter account; fan participation begins before the next series, continues throughout the competition and well after the show has finished. This level of interaction allows the audience to become part of the show, creating advocates.

At Telegraph Hill, we understand how TV triggers emotions and behaviour in people thanks to our background in TV production and development. We are now using this experience and the skills gained in the TV industry to make advertising across all channels drive behaviour change for our current and future clients”

New research by Telegraph Hill reveals 2015’s ten most emotional TV moments in the UK added by newsroom on December 23, 2015
View all posts by newsroom →