By newsroom on May 1, 2013Comments Off on P&G Moves Gillette Global Creative Account Into Grey 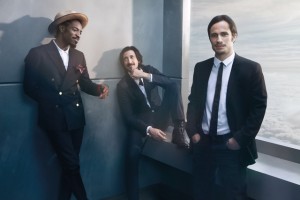 The review kicked off in September 2012 and initially covered the estimated $150m (£97m) North America ad business, but expanded to incorporate a global brief. It has been reported that Grey could now earn an annual fee of $50m (£32.3m).

Grey’s pitch was led through its New York office, but the win is expected to have significant impact on the UK office, with Grey London becoming responsible for the brand’s advertising in Europe. P&G spent £13m on media for Gillette in the UK in the year to September 2012, through various media agencies.

A three-month handover period will now take place, during which the EU Transfer of Undertakings (TUPE) directive could be enforced, meaning that Grey could become responsible for some of BBDO’s workforce who worked on the Gillette account.

BBDO has handled the worldwide creative account since it bought the Clyne Maxon agency in 1966. It created the well-known ‘The Best a Man Get’ slogan, which first appeared in a 1989 Super Bowl ad.

The win does not currently affect Gillette’s media arrangements, including US media buying held by Starcom Mediavest Group.

P&G Moves Gillette Global Creative Account Into Grey added by newsroom on May 1, 2013
View all posts by newsroom →