By newsroom on January 16, 2014Comments Off on Ryanair steps up charm offensive with ads declaring ‘we’re changing’

Ryanair is ramping up its charm offensive with a new marketing campaign detailing the changes it has made to its services.

Ryanair’s TV campaign details the service enhancements it has made to woo disgruntled customers that have switched to rivals.

A UK outdoor campaign has launched declaring “we are changing” with a list of some of changes it has made and will make in 2014. An Irish TV campaign also details the service enhancements it has introduced to woo disgruntled customers that have switched to rivals.

Changes already introduced include a 24-hour grace period to change minor booking errors, the introduction of early morning “quiet flights” with nothing other than security announcements, a cut in baggage fees and relaxation of hand luggage rules. 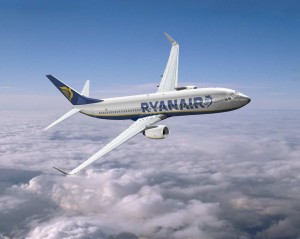 It has said it will switch to allocated seating on all flights and improve business and family services later this year as well as relaunching its website with responsive design and introducing a “significantly better” mobile app.

The campaign comes as it emerges the airline has appointed its first director of sales and marketing, albeit on a temporary basis.

Peter Bellow was made head of sales and marketing in December but is also acting as marketing director on “a temporary basis”, according to his Linkedin profile. He does not come from a marketing background and was previously deputy director of flight operations for the low-cost carrier.

Ryanair’s attempts to shake off its reputation for poor customer service have shown some signs of paying off after the airline reported record passenger numbers for December.

Ryanair steps up charm offensive with ads declaring ‘we’re changing’ added by newsroom on January 16, 2014
View all posts by newsroom →