SoundCloud Launches “First On SoundCloud” to Celebrate and Promote Creators

By newsroom on March 26, 2018Comments Off on SoundCloud Launches “First On SoundCloud” to Celebrate and Promote Creators

SoundCloud recently launched “First On SoundCloud,” to celebrate the inspiring stories and raw energy of creators who start on SoundCloud first. 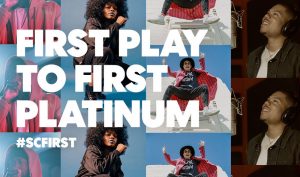 As one of the world’s largest open audio platform, SoundCloud is the first place creators share what’s new, now and next in music culture. “First on SoundCloud” will promote emerging talent on the platform through new music, video and photography, and empower all creators to upload to SoundCloud and be heard.

“First On SoundCloud” kicks off with SoundCloud’s first-ever creator advertising campaign by Mass Appeal, spotlighting 10 groundbreaking artists from across SoundCloud’s global community. Spanning hip hop, electronic and pop, these artists represent the more than 10 million creators heard on SoundCloud every month, and the accelerating global shift toward creators building their sound, their audiences, and their careers directly online. 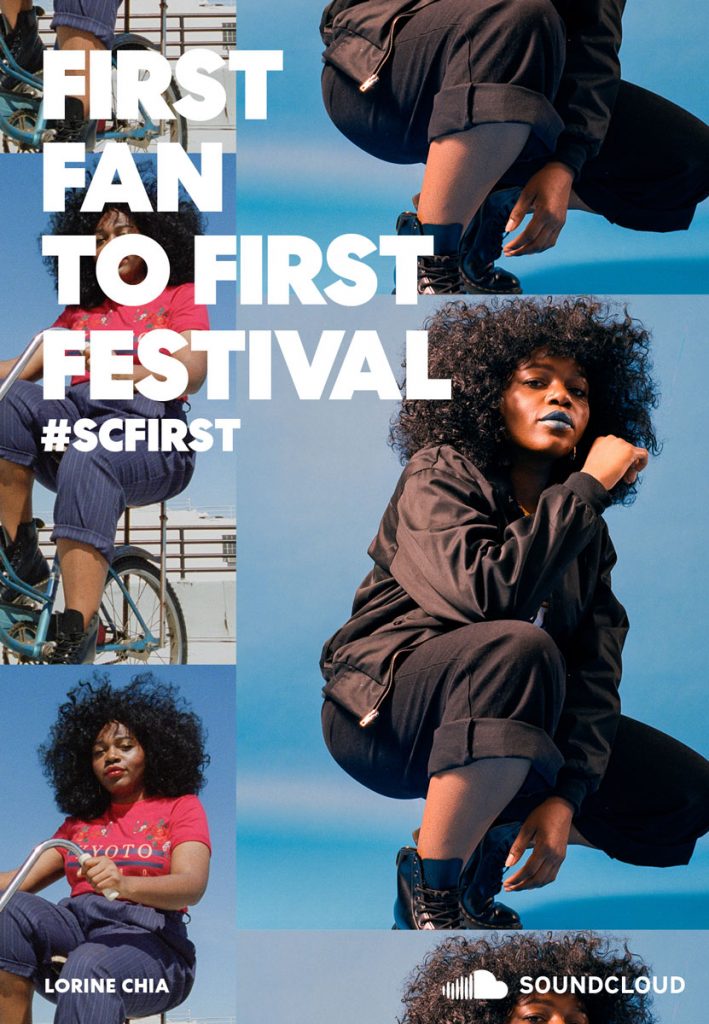 “First On SoundCloud” featured creators include: Kehlani, Galimatias,Taylor Bennett, Lorine Chia, Melo Makes Music, Party Pupils, Jay Prince, Cathedrals, starRo, and Witt Lowry. From their first SoundCloud uploads, to their first album, festival appearance or Grammy nomination, these amazing artists’ stories will be brought to life across SoundCloud apps, playlists, social feeds and newsletters, as well as social and out of home advertising.

Alongside these featured artists, SoundCloud is also giving all creators the opportunity to upload and be heard as part of “First on SoundCloud.” Beginning today, any creator can upload an original track to SoundCloud and tag it #SCFIRST, for a chance to be promoted across SoundCloud, including:

Creators uploading their latest tracks to SoundCloud with the tag #SCFIRST will be considered for inclusion in the “First On SoundCloud” playlist on SoundCloud’s homescreen, giving them global exposure to new fans, plays, likes and follows. 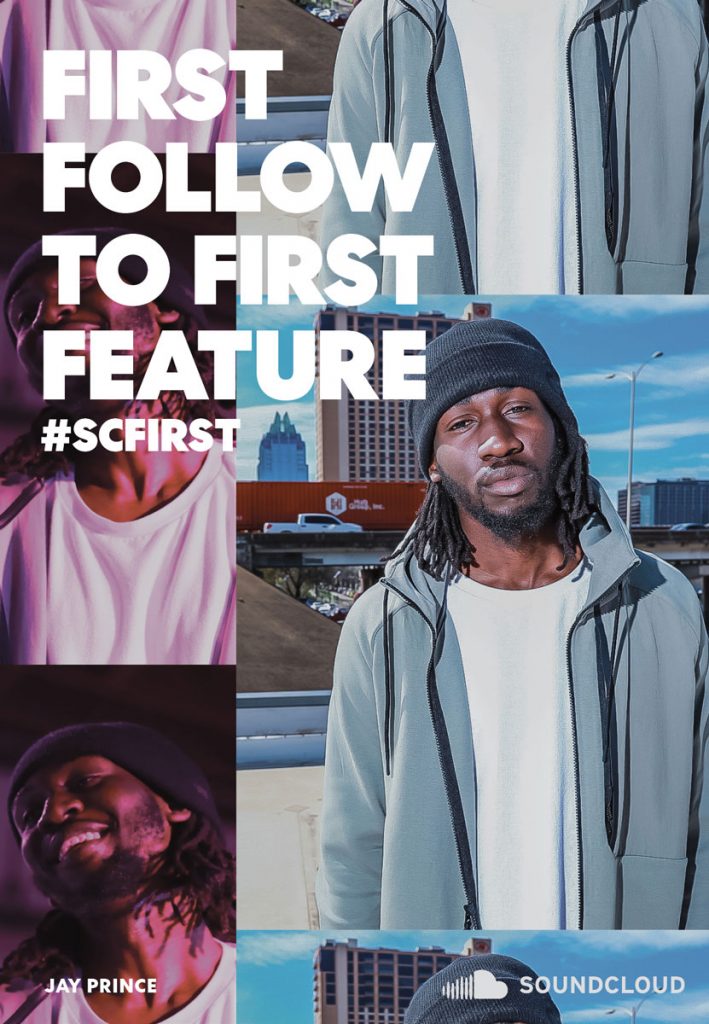 After uploading a track to SoundCloud with the tag #SCFIRST, creators can use SoundCloud’s seamless Twitter integration to immediately tweet their track with the #SCFIRST hashtag. SoundCloud will be randomly selecting creator tweets and tracks to promote to its millions of social followers.

Creators uploading content with the tag #SCFIRST will also be reviewed for inclusion in the SoundCloud Premier monetization program which offers creators a leading revenue share and additional promotional resources from SoundCloud.

#SCFIRST in SoundCloud newsletters and blog 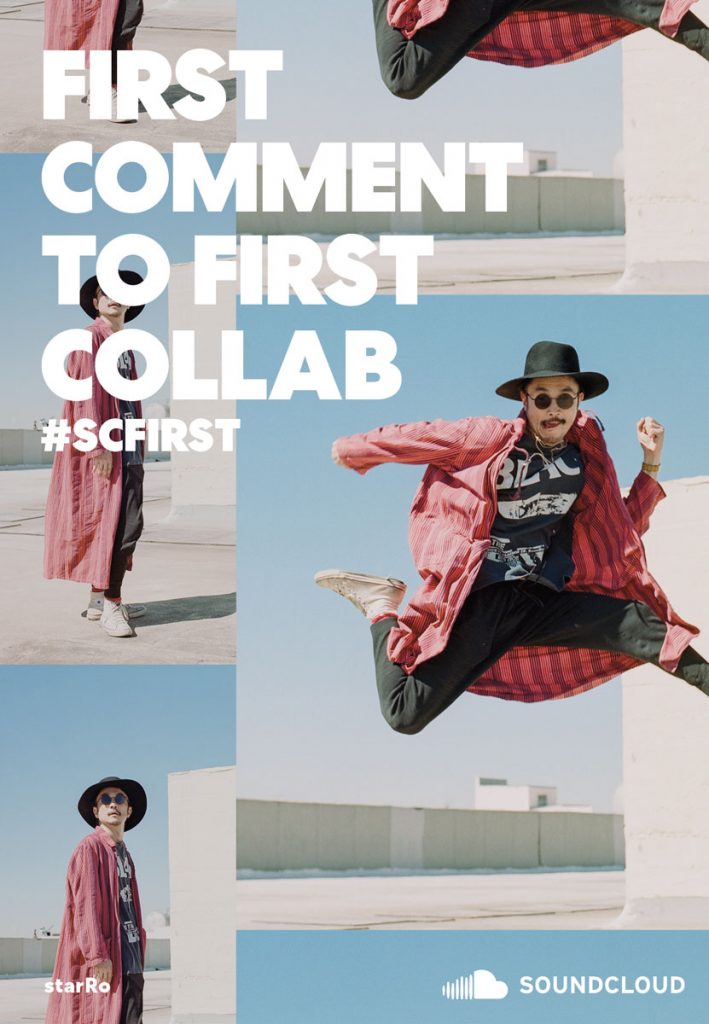 SoundCloud will also randomly choose creators who upload their tracks using #SCFIRST for spotlights in SoundCloud’s newsletters and blog posts.

“SoundCloud is the only truly open audio platform, built for creators first,” said Kerry Trainor, Chief Executive Officer, SoundCloud.“Creators are the center of our ecosystem, and this campaign underscores our commitment to empower them with the best tools, data and resources to share their work, inspire their audiences, and build their careers on SoundCloud first.”

Erika Leone, Director of Brand and Integrated Marketing, SoundCloud adds: “We’re inspired and humbled to have such an incredible line-up of artists tell their stories of starting on SoundCloud, and to connect them with even more fans through the campaign. These stories represent the millions of creative journeys that begin on SoundCloud first.”

SoundCloud Launches “First On SoundCloud” to Celebrate and Promote Creators added by newsroom on March 26, 2018
View all posts by newsroom →