A stunning nature documentary-inspired short has been released to celebrate the next wave of Pokémon appearing in Pokémon GO.

From the bright peaks of snowy mountains, to the shadows of the forests, to the bustling city and down into the dark of the oceans around the world, the video pays homage to world renowned nature documentaries as it gradually reveals a variety of Pokémon in their real-world natural habitats—bringing augmented reality one step closer to life. 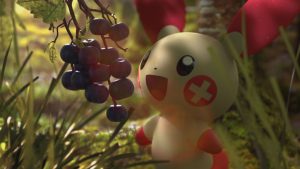 The animated short is so realistic, viewers may not immediately realise what they’re watching, with the shadows and footprints of the latest Pokémon GO characters creating a hyper realistic viewing experience.

This is the third wave of Pokémon to be released for Pokémon GO following the game’s hugely successful launch in 2016. Each selection of Pokémon initially appeared in different versions of the main series Pokémon games; this latest release includes Pokémon from the games Pokémon Ruby and Pokémon Sapphire.

The video features some of the newest creatures debuting in Pokémon GO, that include cute cheerleader pair Plusle and Minun in a forest along with Mawile and the Bug- and Flying-type Pokémon Masquerain. In the oceans, a huge underwater Wailord makes a big splash, as well as a school of Luvdisc—a heart-shaped and water-dwelling Pokémon—under the shadow of a looming threat as they are passed by a Sharpedo. There are also appearances from the amphibious Mudkip playing in a pool, cold-loving Snorunt on a high mountain and a cityscape with the elegant Pokémon Delcatty. 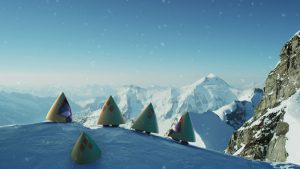 The trailer launched as a sixty-second version on 1 February 2018. It will run on The Pokémon Group’s social channels worldwide and on TV in Germany and the UK starting on Friday, 9 February, until Friday, 23 February 2018.

Anthony Cornish, Marketing Director at The Pokémon Company International said: “This new promotional video is an exciting chapter for the brand. We set out to create not simply an ad campaign, but content that really speaks directly to the heart of our audience and demonstrates the true ‘feel’ of our many characters. It will leave the audience wondering what they are watching: is it reality or not?”