By newsroom on January 17, 2018Comments Off on Tennis Ace Grigor Dimitrov Comes on Board as Häagen-Dazs Global Ambassador 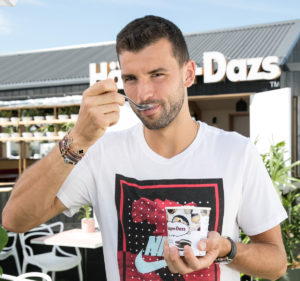 Häagen-Dazs has announced world #3 tennis player and self-confessed ice cream fanatic, Grigor Dimitrov, as its new global ambassador. Having unveiled a landmark rebrand in 2017 and a continued partnership with iconic Grand Slams such as Wimbledon and Australian Open, endorsing one of the most popular rising stars of the sport has further cemented the brand’s modern luxury appeal and association with tennis.

Driving brand differentiation and equity, Dimitrov’s involvement as global brand ambassador will see him across multi-media touchpoints during the tenure. His role is poised to drive ‘extraordinary experiences’ for Häagen-Dazs shoppers and consumers in line with the brand’s new positioning, as well as activating wider social media influence to engage and recruit millennials who are ice cream and tennis lovers. To debut the partnership, Dimitrov will serve up his first bespoke flavour creation to fans on-site at the Häagen-Dazs Bar at Melbourne Park on AO Kids’ Day.

Matt Salter, Business Unit Director for Häagen-Dazs Europe-Australasia, said: “We are delighted to welcome Grigor to the Haagen-Dazs family. We’ve been enamoured with his fantastic rise and charismatic personality both on and off-court. Grigor has a genuine place in his heart for Häagen-Dazs. Not only does he live and breathe our key values, in terms of being an obsessive perfectionist with his own craft, but he is also a true cosmopolitan trendsetter who resonates with our millennial audiences around the world. We can’t wait to cheer him on in what promises be a defining period of his young career and tell some inspiring brand stories along the way.’’

Native to Bulgaria, Dimitrov has been hailed as among the best of his generation and won six ATP singles titles during his career including the prestigious Queen’s Club Championships in 2014, when he also made his first semi-final run to Wimbledon and broke into the world top 10 rankings. 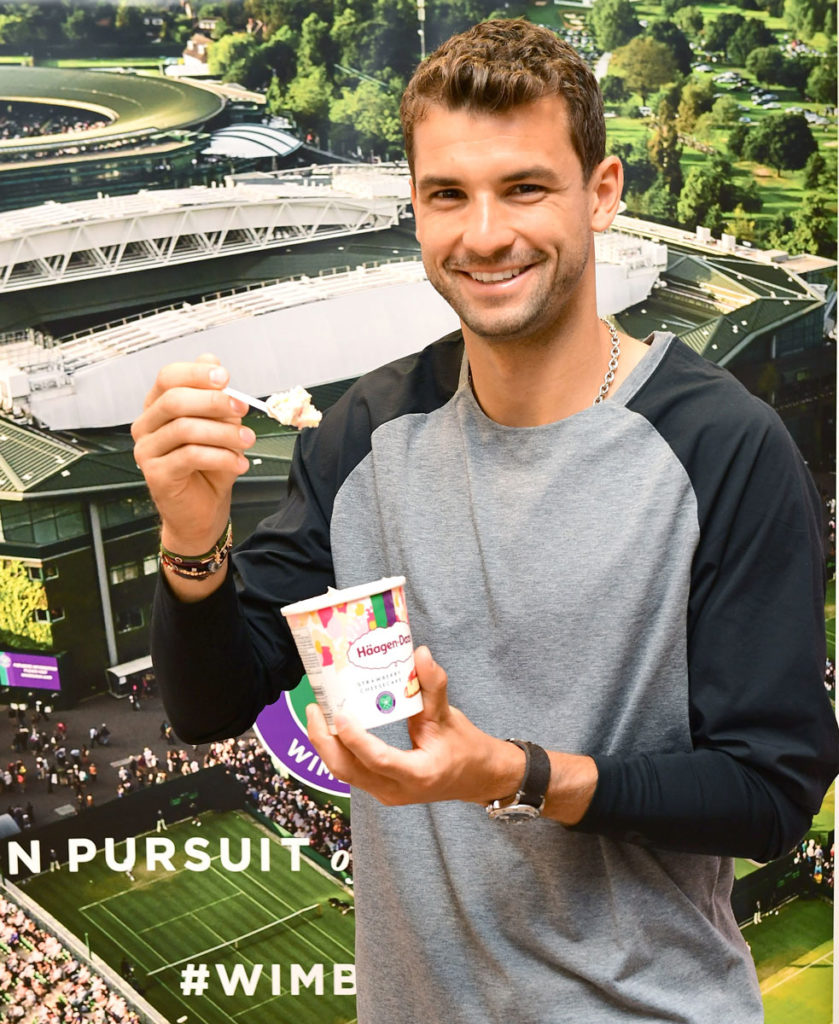 2017 saw his major breakthrough starting with winning the ATP season-opener at Brisbane International followed by a strong run to the Australian Open semi-finals and finishing the year picking up his first Masters 1000 at Cincinnati with the icing on the cake being crowned champion at the season-ending Nitto ATP Finals at London O2 on his debut for his biggest ever win to end his best ever world ranking of #3.

It was in the same summer of 2017 at Dimitrov’s favourite Grand Slam, The Championships Wimbledon, where he had a chance opportunity to support an activity for the Limited Edition Häagen-Dazs Strawberries and Cream. Following that, he famously stated in a TV interview he ‘could not live without Häagen-Dazs ice cream’. His genuine passion for the brand then served as the cornerstone for developing a wider formal partnership later down in the year.

Grigor Dimitrov said: “I’ve been a huge fan of Häagen-Dazs since I can remember. It’s a cool classy brand and of course the ice cream tastes amazing – so that’s a killer combination. I like to think of Häagen-Dazs as my little go-to luxury that I can indulge in, even with my strict regime. I’m both thrilled and honoured to be the brand’s first ever global tennis ambassador and can’t wait to create some extraordinary moments on our journey together.’

The signing of Grigor Dimitrov is an exciting development for Häagen-Dazs as it continues with a step change in brand behaviour, which is centred around ‘everyday made extraordinary’ and broadening its appeal by targeting discerning millennials who are looking to live in the moment and uplift their everyday through unique and authentic experiences.

Tennis Ace Grigor Dimitrov Comes on Board as Häagen-Dazs Global Ambassador added by newsroom on January 17, 2018
View all posts by newsroom →