By newsroom on September 17, 2015Comments Off on W+K Amsterdam’s New FIFA 16 Ad is an Operatic Ode to the Beautiful Game

Football is a quest for beauty. Whether it’s mastering a move, outsmarting an opponent or scoring a goal, everyone wants to Play Beautiful on route to victory. With EA SPORTS FIFA 16, a whole new range of football beauty is made possible at every moment of the game thanks to player’s freedom of expression and gameplay innovation across the pitch.

Launching September 16 and marking the game’s release is ‘FIFARO’, a global campaign that celebrates the fun, competitive quest for beauty with an operatic ode to football. Created by Wieden+Kennedy Amsterdam, the campaign kicks off with a two-minute commercial. The spot dramatizes the one-upmanship nature of football that drives players to make the game ever more beautiful, and literally sings an ode to the sport in the accompanying soundtrack – a specially rewritten, football-focused version of the famous Aria from the ‘Barber of Seville’ opera. 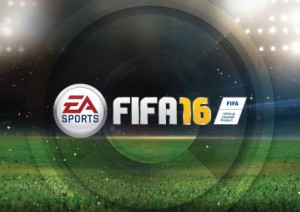 From bone-crushing tackles to out-of-this world strikes, fascinating dribbling to awe-inspiring goals, the FIFARO spot celebrates all of football’s beauty and encourages players to: “Play Beautiful”.

David Smith, Wieden+Kennedy Amsterdam Creative Director, says, “For a game that provides as much beauty as football it’s surprising more operas haven’t been written about it. So it seemed appropriate to add one to the world’s oeuvre.”

The campaign launches globally from September 16, with versions of the film running across TV and online channels, along with social activations.

W+K Amsterdam’s New FIFA 16 Ad is an Operatic Ode to the Beautiful Game added by newsroom on September 17, 2015
View all posts by newsroom →