By newsroom on June 6, 2018Comments Off on Women@Wavemaker debate on what it means to be a woman in a creative industry today 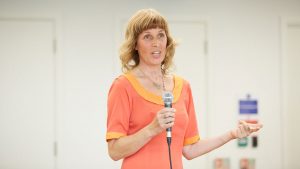 Wavemaker gathered four inspirational speakers at its office on London’s Southbank on June 5, to talk about the intersection of gender and creativity

Art director and photographer Fiona Freund, who has been flown around the globe, sometimes on Concorde, on shoots for many of the world’s biggest media and entertainment brands said that people still go up to her male assistant assuming that he is the photographer.

“Things have not changed as much as they should have,” she said. “I have spoken to a lot of women – especially mothers – who are facing inflexibility and prejudice. Sometimes it’s criticism from other women.”

What’s more, Wavemaker’s Chief Strategy Officer, Verra Budimlija, highlighted the fact that only 15% of senior creatives are women. “It becomes quite boring having to talk about it again and again but it’s important that it stays on the agenda,” she told the audience.

Verra also spoke of the importance of working out your own values and priorities as an individual, as well as the power of admitting to vulnerability. “It makes you more open and more sensitive. Those qualities are important in creativity,” she added.

A recurring theme of the morning’s debate was the importance of valuing life’s journeys whilst not expecting them to be linear. “Seize opportunities that interest you and stretch you; not just what gets you closer to the top,” was another key piece of advice from Verra, who also made the case for empathy as a ‘superpower’.

“Get to know and love the people that you’re writing ads for,” she said. “I try to build empathy not just with the consumers I’m trying to reach but also my partner, my kids, my mum…. Your relationships will be better. And your work will be better too.” 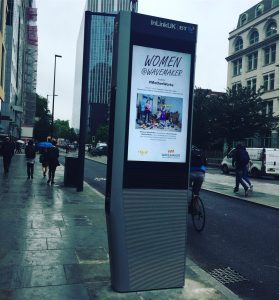 Pip Jamieson, founder and CEO of The Dots, which aims to drive diversity through connected communities online, was up next. She pointed out that her business was set up for so-called ‘no collar’ professionals – people who have non-linear careers.

She explained that, earlier in her career she became aware of a widespread habit of ‘hiring mates of mates’ and thereby creating very homogenous teams. “ I set out to go outside of my little black book and discover fresh, diverse talent,” she said, pointing out that she believes that diversity is key to innovation because more inclusive teams that represent society as a whole come up with better solutions. “Otherwise you subconsciously build for yourself,” she warned.

Meanwhile Ann Wixley, Wavemaker’s Executive Creative Director, also pointed out that ‘gender conversations’ can be quite polarising. “The way we conceive of creativity could benefit from some outside of the box thinking,” she said, before pointing to four traits of entrepreneurs and innovators: collaboration, versatility, adaptiveness and stamina.

The myth of the genius solitary scientist is dangerous, she warned, stressing that it’s important to know yourself, your strengths and your weaknesses so that you can work with others most effectively. “It’s not about gender, nor belonging to any single tribe. It’s about focusing on the things you believe in and the things you want to do and concentrating on doing that as well as you can,” she said.

Women@Wavemaker debate on what it means to be a woman in a creative industry today added by newsroom on June 6, 2018
View all posts by newsroom →