By newsroom on August 29, 2018Comments Off on Zerogrado lets fans meet their favourite teams ‘face to face’ through exclusive experiences and premium content

Reaching one’s fans individually, increasing their involvement and thus increasing one’s business. Using three words: reach, engage and monetise. In other words, breaking down any degree of separation between football clubs and their immense fan bases through an innovative technological solution.

These are the objectives of Zerogrado, an Italian software company that is launching “Zerogrado for Sports”, a cloud-based solution that by exploiting the potential of the main messaging platforms, allows football clubs access to newer and higher forms of involvement and interaction with their audience.

“Zerogrado for Sports is an innovative solution capable of superseding the structural limits of traditional social media and achieving unprecedented results in terms of engagement and monetisation, thanks to the innovative use of messaging platforms when interacting with fans,” explains Vladimiro Mazzotti, CEO of Zerogrado. 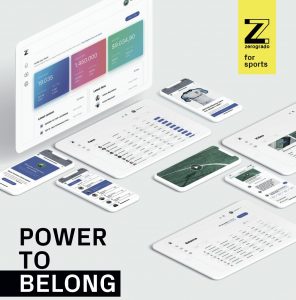 “To enable more personal communication methods and by engaging in one-to-one interactions, instead of one-to-many, the platform elevates fans’ experience to a level which enables – in conjunction with an opening to the world of exclusive and personalised offers by the clubs – an exponential increment of profits from merchandise, memorabilia and ticketing. To value their own fan base is to increase their clout in all commercial trades with potential partners, transforming the fan base into a real capital asset for the club.”

How? With several solutions created by Zerogrado, from the special dashboard – available to the football clubs at all times – to monitor their audience, to the gamification activities created for their fans. The growth of user engagement takes place through special interaction modules including, for example, the quiz: more correct answers mean more points earned and a better ranking in the list of most loyal fans.

The clubs can then reward their best fans with exclusive experiences, from the opportunity to meet the players, to tickets for games, and to offer everyone the possibility to convert their own love for the team into discounts when purchasing merchandise, exclusively signed special-edition products and special hospitality packages for matches.

This valorisation of content, which in fact contributes to “transforming” the anonymous follower into a fan with a greater inclination to buy, made possible by the technology of Zerogrado, enhances the potential of platforms such as Facebook Messenger and WeChat, bringing results of an absolutely superior level: In fact, 97% of the users is reached immediately and participation rates are up to 20 times higher than those of traditional social media. These engagement rates help to transition the relationship with the fan towards additional business, both for the football club and for Zerogrado, whose business model is based on a transaction commission.

In order to realise this project, the start-up, made up of a team of developers headquartered in Treviso, has already raised 1.3 million euros of funding and has involved sports-stars and top-level digital entrepreneurs such as Stephan El Shaarawy through the company of his brother Manuel, partner of Zerogrado, Federico Leonardo Lucia, called Fedez, Mauro Del Rio (Capital B!), Fabio Cannavale (through Boost Heroes), Paolo Vacchino (Focus Futuro) and Antonio Assereto (Proximity Capital). 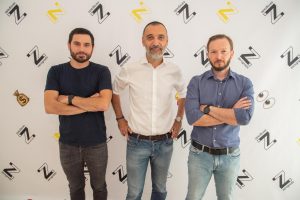 Investors were conquered by the concept and by the innovative technology of Zerogrado, a platform that combines elements of machine learning, big data and a high degree of integration with third parties which, whilst optimising the football club’s experience, allows them to reach their fan base in a more effective way, moving from anonymous usage to a profiled one.

Numerous international events will see this start-up amongst their line-up, from the “Future of Football Business” which will be held in Graz, Austria, on the 6th September to the “Soccerex” in Miami on 15th-16th November, as well as the “World Football Summit”, the most important global event of the sector, which will be held in Madrid on 24th and 25th September, in front of an audience of 3,000 players, who will arrive in the Spanish capital to get to know the most important news relating to the football business.

“These events will represent an important occasion to study the dynamics linked to the football industry,” explains Vladimiro Mazzotti. “But most importantly to introduce our innovative solution to the major clubs and point out the economic force of the engagement in the management of their fan base consisting of millions of followers, which we call ‘power to belong’.”

Zerogrado lets fans meet their favourite teams ‘face to face’ through exclusive experiences and premium content added by newsroom on August 29, 2018
View all posts by newsroom →