By newsroom on October 5, 2018Comments Off on AXA teams with Sky and News UK on cross platform sponsored content project

AXA UK has partnered with Sky Media and News UK’s Bridge Studio to produce a range of sponsored video, print and audio content. 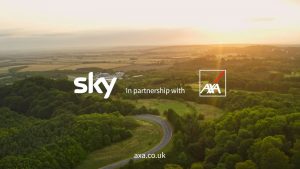 The short documentaries will be promoted by Sky TV adverts, which will be aired across Sky Media’s portfolio of 150 channels. The adverts will encourage viewers to watch the full film, available via the red button. The ads will also be delivered via Sky’s innovative TV service, Sky AdSmart to target specific audiences.

The documentary content will centre around driverless cars, projects supported by the AXA Research Fund and AXA’s Health Tech & You Awards, which supports the work of health tech innovators. The partnership will allow AXA to talk to a wider audience, and in more detail, about its current work and strategy to build a better future for its customers.

The first documentary on driverless cars, which also features Formula One Driver and pundit Paul Di Resta, will go live on 5 October, with the second and third films following in January and April next year. The Sunday Times Magazine articles will be published in October and November, while the radio content will be broadcast throughout October, November and January 2019.

Karen Robson, Head of Marketing Communications, AXA UK said: “Last year, we launched a new strategy, to show how we are restless to help make people’s lives better and safer now and in the future. The work we do at AXA is about much more than insurance and our role in the development of driverless cars, our work with researchers across the world and our support of health technology innovators underlines this. We want to discuss our efforts in the public forum and this partnership allows us to do just that.” 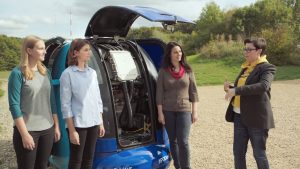 Rachel Bristow, Director of Partnerships at Sky Media added: “Through this multi-faceted campaign, AXA is daring to be different by using engaging content to share positive and empowering messages around future health tech and driverless cars. Using our pioneering addressable TV technology, Sky AdSmart, the mini documentaries will be able to better connect with AXA’s key audiences in the safe and trusted environment of TV.”

Mark Field, Director of Bridge Studio at News UK commented: “We are delighted that we are working in partnership with AXA and Sky Media. AXA funds vital research into tackling the challenges of dementia and Alzheimer’s and is determined to increase the quality of life and mobility for everyone in Britain. This campaign does a really important job in shining a light on the great efforts to improve and protect us all both now and in the future.”

AXA is playing a pivotal role in bringing driverless cars to the UK, which will make roads safer and bring a range of mobility solutions and is part of five government trials. The AXA Research Fund, which provides funding for health, environment, social and economic research, has dedicated EUR 180m since it was launched in 2008. The AXA Health Tech & You programme discovers, promotes and supports the inventors and innovations in the exciting field of health tech.

AXA teams with Sky and News UK on cross platform sponsored content project added by newsroom on October 5, 2018
View all posts by newsroom →