By newsroom on May 17, 2016Comments Off on How Cheil Sao Paulo and Femama fought breast cancer with “Bigger than a Scar” Campaign

The “Bigger Than a Scar” campaign by Cheil Sao Paulo for Femama, the leading breast cancer prevention NGO for Brazil, was the first campaign to speak directly to women with mastectomies since the launch of the Pink October movement over two decades ago, with overwhelming success.

For “Bigger Than a Scar”, which launched in 2015, Cheil made women who had mastectomies the stars of the campaign and replaced the traditional Pink Ribbon with a Pink Scar logo.

To amplify the campaign, Cheil and Femama tapped into Brazilians’ biggest passion, football. They teamed up with Palmeiras Football Club, which has 5 million female fans, and got the players to enter the grounds before a major match with their badges replaced by the campaign’s Pink Scar.

The campaign gained more than 10 million US dollars in earned media on a zero-dollar investment.
More than 40 brands joined the campaign, replacing their own logos with the Pink Scar.
Influencers and fans on social media spontaneously replaced their social profile pictures with the Pink Scar, resulting in 100 million impressions online.

There was a 500% increase in money raised for breast cancer prevention, compared to previous years.
Femama has decided to permanently replace the Pink Ribbon with the Pink Scar as its Pink October symbol. 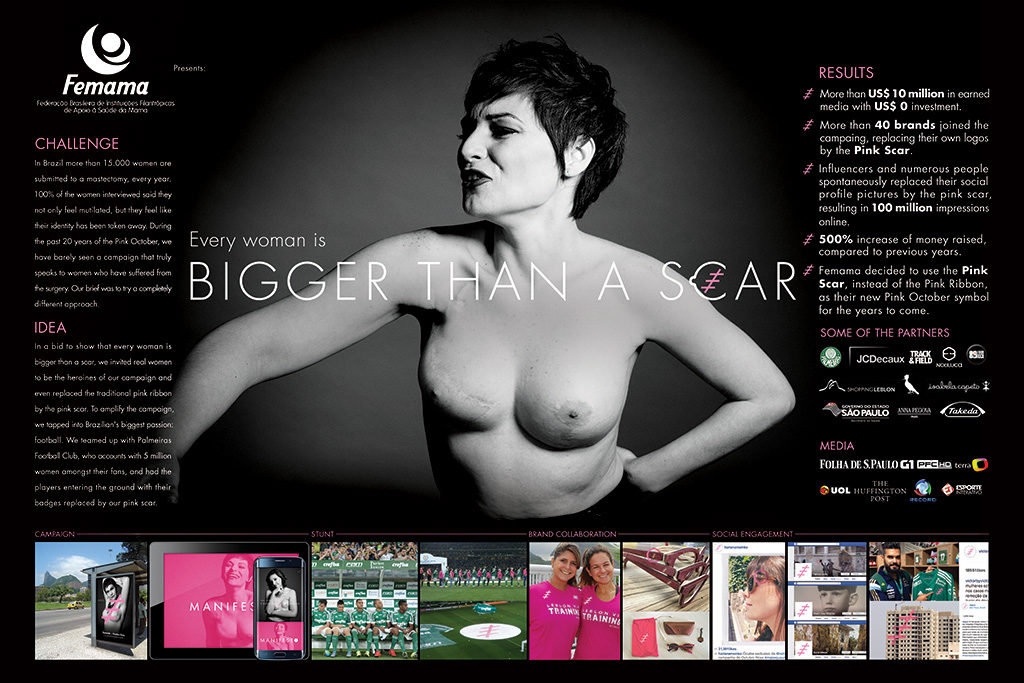 How Cheil Sao Paulo and Femama fought breast cancer with “Bigger than a Scar” Campaign added by newsroom on May 17, 2016
View all posts by newsroom →