By newsroom on June 12, 2018Comments Off on Hyundai preps for the all-new Veloster’s appearance in Ant-Man and The Wasp with new campaign

Leading up to the July 6 release, Hyundai is tapping into Ant-Man’s superpowers with a fully integrated marketing plan that includes new commercials, an interactive sweepstakes and much more.

Starting on June 11, Hyundai will air the new Ant-Man and The Wasp-inspired ad “Stoplight Standoff” on US broadcasts. 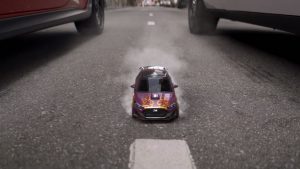 Two police officers and a Veloster driver exchange in a very awkward standoff at a stoplight, as they each think the other is suggesting a race. Little do they know, a tiny Veloster based on the vehicle featured in the movie is the cause of confusion and is burning rubber between their cars, showcasing the car’s cool and aggressive look.

The new spot was shown for the first time globally at Hyundai’s display at the Busan Motor Show in South Korea on June 7.

Additionally, Marvel fans will have a chance at an early screening, as Hyundai will be placing around Los Angeles tiny, ant-sized versions of the Veloster, which will serve as movie passes to an exclusive showing. Hyundai will drop clues on its Facebook, Instagram and Snapchat channels about the mini-car locations. 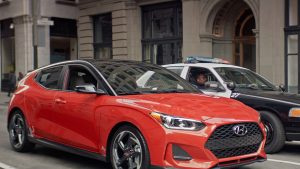 “Having our all-new Veloster immersed in the Marvel Cinematic Universe is a great way to entertain consumers and showcase the vehicle’s stylish design and performance capabilities to a massive audience,” said Dean Evans, CMO, Hyundai Motor America. “We wanted to take full advantage of this partnership by engaging fans and providing them with experiences beyond the big screen.”

“There’s so much fun to be had with this film, which is why we’re elated about the approach that Hyundai has taken with their campaign,” said Mindy Hamilton, Marvel’s SVP of Global Partnerships & Marketing. “The humour is there, the heart is there, and the creativity is firing on all cylinders because they’re experimenting with the same sizing and scale gags that our heroes encounter all throughout the movie.”

“We’re huge Ant-Man fans, so we immediately recognised that our goal was to integrate Hyundai in a way that felt organic and paid homage to the comedy inherent in the films,” said Joe Reynoso, associate creative director and Alvaro Soto, senior copywriter, both from Hyundai’s agency of record, INNOCEAN USA, who helped develop the integrated Ant-Man campaign.

Hyundai preps for the all-new Veloster’s appearance in Ant-Man and The Wasp with new campaign added by newsroom on June 12, 2018
View all posts by newsroom →