By newsroom on September 3, 2015Comments Off on Ian Haworth Appointed as Executive Creative Director of Wunderma 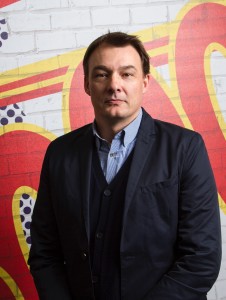 Ian Haworth, the global chief creative officer of Rapp, has been appointed as the executive creative director of Wunderman UK and EMEA.

Haworth, who is also the chairman of Rapp UK, takes on responsibility for running Wunderman UK’s creative department and, as the first ECD for EMEA, will also oversee creative output across the region. He is expected to start in October.

Perry added “Ian is the perfect mix of great bloke and genius creative and we’re really delighted to welcome him into the team.”

Haworth has worked at Rapp since 2001. He was promoted to global chief creative officer of Rapp in 2006 having been given the chairman role on top of his existing responsibilities as executive creative director of London the previous year. Haworth has also previously worked at Tequila\Worldwide as executive creative director and Saatchi & Saatchi Direct New Zealand where he spent three years.

During his career, Haworth has won over 100 awards and spoken on creativity all over the world. He has sat on the juries of all the major awards, including Cannes, Caples, the Echoes, DMA’s, IPA, IDM, Campaign BIG as well as chairing many, including D&AD and Dubai Lynx. He has worked across many of the world’s leading brands across all sectors.

In the UK, he takes on responsibilities previously handled by Matt Batten, the former chief creative officer, who left in April to pursue new opportunities.

Ian Haworth Appointed as Executive Creative Director of Wunderma added by newsroom on September 3, 2015
View all posts by newsroom →