By newsroom on February 1, 2018Comments Off on Indiana Farm Bureau Insurance return to the Super Bowl with new ‘Old You/Now You’ campaign 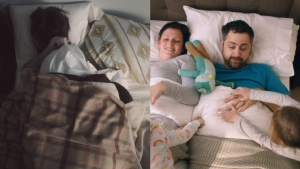 Building on past Super Bowl success, the new creative is the latest iteration of the IFBI’s “Stop Knocking on Wood,” campaign that Super Bowl fans have come to love, now in its seventh year.

“Old You and Now You are very different people. From being single in your first apartment with a futon bed and mismatched pillows to being married with three kids in your second home, with a king-size bed and 500 thread count sheets—you’re simply not the same person you were 10 years ago, 5 years ago, or even last year. Things Change. Your insurance should, too. Luckily, your Indiana Farm Bureau Insurance agent helps to see if Now You is covered for all of life’s constant changes,” revealed the agency in their release.

The campaign will include broadcast, digital, print, and radio. The TV ads will air regionally during the Super Bowl, and during pre- and postgame shows. 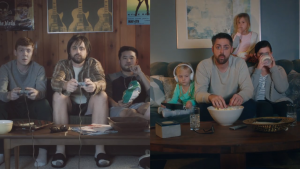 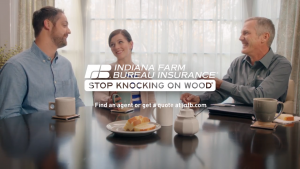 Indiana Farm Bureau Insurance return to the Super Bowl with new ‘Old You/Now You’ campaign added by newsroom on February 1, 2018
View all posts by newsroom →