By newsroom on March 24, 2016Comments Off on ITV announces Britain’s Got Talent partnership with The National Lottery 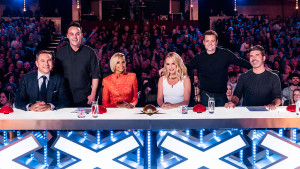 The partnership, which was negotiated and will be managed by Vizeum and The Story Lab, sees Britain’s Got Talent and The National Lottery’s flagship game, Lotto, team up for the show’s landmark anniversary. The exclusive deal includes on-air sponsorship, multi-platform activation and a comprehensive licensing package, one element of which will give National Lottery players the chance to win VIP tickets to the live shows.

In addition, during its association with the series, Lotto will create ten, guaranteed, millionaires in a special draw to celebrate the show’s decade milestone.

ITV’s Deputy Managing Director, Commercial, Simon Daglish, said: “We are so thrilled to have such a great brand in Lotto sponsoring Britain’s favourite talent show. The partnership will present some hugely exciting opportunities for on and off-screen tie-ups. We are working closely to bring the Lotto brand to the heart of the show and activate across multiple platforms, so watch this space.”

Sally Cowdry, Consumer & Retail Director at Camelot, said: “Lotto changes lives across Britain on a weekly basis – by creating more millionaires and playing an amazing role in raising £34 million every week for National Lottery-funded Good Causes. Britain’s Got Talent, as well as being hugely entertaining, has the ability to change people’s lives. So, there really couldn’t be a more perfect fit between the two brands.”

Laura Nice, Group Head at Vizeum, said: “Britain’s Got Talent offers Lotto the perfect platform to engage with the UK in an entertaining way. In exchange, Vizeum will work with Lotto to develop exciting and innovate ways to provide even more value to the show’s viewers as it celebrates its tenth series.”

After a stellar series in 2015, which achieved the highest ratings of any entertainment show last year, the tenth series of Britain’s Got Talent returns this Spring with judges Simon Cowell, Amanda Holden, Alesha Dixon and David Walliams, plus Ant and Dec who will be on hand to guide viewers through the auditions and the backstage action.

ITV announces Britain’s Got Talent partnership with The National Lottery added by newsroom on March 24, 2016
View all posts by newsroom →