By newsroom on September 29, 2015Comments Off on Leo Burnett Celebrates Indian Women in New Campaign for Craftsvilla

Craftsvilla, India’s largest online Ethnic store has announced the launch of an integrated campaign that will help the brand make inroads into India’s massive e-commerce business with its specialist offering of ethnic apparels and products such as designer sarees and salwars, jewellery, handicrafts, spiritual products, musical instruments, home décor and more.

The campaign conceptualized and executed by Leo Burnett India puts Indian women at the centre and demonstrates how stunning they look with Craftsvilla’s exciting range of ethnic collection.

The film is an ode to all women who stay a moment but leave behind a memory. It features India’s top models Kanishta Dhankar, Smita Lasrado, Katheleno Kenze, Nidhi Sunil, and Monica Thomas in a truly Indian avatar. They look into the camera, displaying their splendor. The track “Aaj Jane Ki Zidd Na Karo” written by the famous poet Fayyaz Hashmi and sung by celebrated Pakistani classical singer Farida Khanum aka Malika-e-Ghazal, plays in the background. 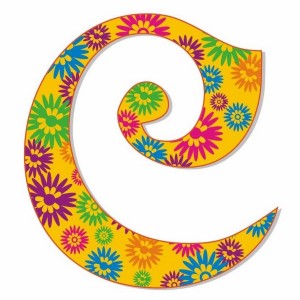 Commenting on the launch, Manoj Gupta, Managing Director, Craftsvilla, said: “Craftsvilla offers more than 2 million ethnic products through 20,000 registered artisans and designers. We are one of the fastest growing Top 5 ecommerce company in India right now. We believe we have an uncommon journey compared to other e- commerce companies and we were looking to bring that unique Craftsvilla ethos out through an uncommon creative. We believe this creative will not only be talked about in India but globally as one of the best in the world. We are fortunate to have partnered with Leo Burnett and Bharat Sikka who have put their heart in to build something so beautiful the world will remember.”

RajDeepak Das, Chief Creative Officer, Leo Burnett India, added, “The strongest measure of a chemistry between two strangers is when it is devoid of words. A glimpse, a smile or even an eye-contact can sometimes create a memory for a lifetime. We used this ladder for Craftsvilla.com, India’s largest ethnic online store. In the process trying to make ethnic cool. The soundtrack Aaj Jane Ki Zidd Na Karo lifts the overall mood of the campaign and lends a feeling of grace to it.”

The film was directed by the eminent fashion photographer Bharat Sikka, known for his eye for the surrealism of reality.

Leo Burnett Celebrates Indian Women in New Campaign for Craftsvilla added by newsroom on September 29, 2015
View all posts by newsroom →