By newsroom on October 16, 2018Comments Off on Metia appoints Stephen Waddington as UK managing director 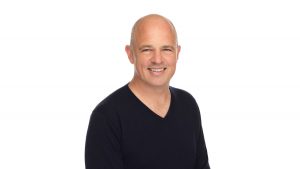 Stephen will be responsible for leading a team of 60 people, managing the development and delivery of content marketing, social media, lead generation and communications campaigns. In the past two years the agency has delivered campaigns in 88 countries in 39 languages for clients including Amazon, Dell, Microsoft and BMW.

“If you were asked to design a blueprint for a modern agency it would look a lot like Metia. Its expertise in analytics, content and technology, combined with intellectual property in planning, optimisation and reporting tools, and an international content network gives it a rock solid point of differentiation and significant opportunity for growth. I can’t wait to get cracking in my new role,” said Stephen Waddington.

“Stephen is a hugely experienced and talented agency leader,” said Steve Ellis, founder Metia Group. “He is a great addition to our senior leadership team. Stephen’s experience at helping global brands to tell their story through digital and social channels is a perfect fit to our strengths and capabilities.”

Stephen will join Metia from Ketchum in January 2019 where he’s worked for the past six years in various roles including Chief Engagement Officer and European Digital & Social Media Director. Prior to this he co-founded and managed two agencies, Rainier PR in 1998, and Speed in 2009.

Stephen is a Visiting Professor at Newcastle University and the author of eight books on learning and development and modern aspects of marketing and public relations. He was President of the CIPR in 2014, and is a Fellow of the PRCA and CIPR.