The comical online film, created by Just So, features an immaculately groomed individual who describes himself as “a sculptor, a filmmaker and more”. We meet him in his “enormous studio” as he talks about his “passion for telling stories” and “feeling paper”. 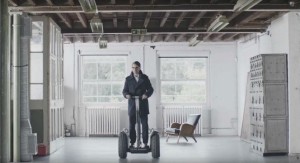 His studio is so enormous, in fact, we see him travelling around it on a Segway.

The one-minute film ends with the words: “Too much? Style without the effort. Bicester Village.” The film will also run online in 20-second cut downs.

The campaign is launching to mark the opening of seven new menswear outlets at Bicester, including Balenciaga, Givenchy, Hunter and Mont Blanc accessories.

Richard Ascott, Managing Director, Just So, said: “Luxury menswear comms have become quite generic. An aesthetic that started out as fresh has been over used and we felt it was ripe for parody. Bicester Village offers a truly luxury experience but it is more accessible. They wanted men to understand it is not an effort to shop there and it was fantastic to be able to have some fun with this.” 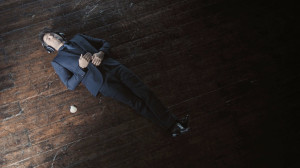