By newsroom on December 10, 2015Comments Off on New Three Film Shows Us Why ‘Christmas Birthdays’ Suck So Much

Three has launched its festive campaign – Merry Birthday, to celebrate everyone in the UK with Christmas time birthdays – as the network continues its mission to make things right for the British public.

Let’s face it, having a Christmas birthday can suck – from the joint presents, to the nights out that never happened and the hundreds of Merry Christmas messages clogging up newsfeeds in place of the Happy Birthdays.

Three questioned 1,000 people with December birthdays and 76% said that they wish they were born at a different time of year. This is the insight behind Three’s 2015 integrated festive campaign, with its new film launching online, featuring Noel, the boy who lost his birthday to Christmas.

The Facebook film, Gravity Road’s first piece of work since being appointed to the business, tells the story of Noel whose birthday, like many others across the UK, falls on Christmas Day – and boy does it suck. We follow Noel’s journey from his first year right through to adulthood, as he deals with the nuisances of sharing his special day with Christmas.

A series of tongue-in-cheek scenes have been created to entertain viewers, but also make them stop and take a second to consider those with December birthdays. 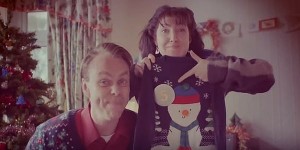 In one of the first scenes we’re given a glimpse into Noel’s world – it’s his first birthday and he’s dressed in a Santa babygro with a mini Santa hat on his head. His 10th, 11th and 12th birthdays follow and a Christmas Pudding is delivered to the Christmas dinner table with candles on the top, in place of a birthday cake, as his parents sing him ‘We Wish You A Merry Birthday.’

Three is targeting people with December birthdays on Facebook and asking people to say a big Merry Birthday to their friends, family or anyone else they know with festive birthdays like Noel, to ensure they’re not overlooked again this Christmas.

Lianne Norry, Director of Brand and Comms at Three Mobile said: “At Three we’re always looking for ways to make it right for people and our customers. We know that those born around the festive period often feel like their birthday’s are lost to Christmas so this year we’re changing that and putting December birthday’s back on the map by celebrating everyone in the UK who has a merry birthday in our new festive campaign.”

Gravity Road Founding Partner, Mark Eaves, said: “We can’t wait to air the new film and see the reactions from viewers. We think we’ve really struck a chord with Merry Birthdays. Not everyone dislikes their Christmas birthday, but that’s not the point, it’s a conversation starter and everyone can relate to it in some way – if you don’t have a Merry Birthday no doubt you’ll know someone who does”. 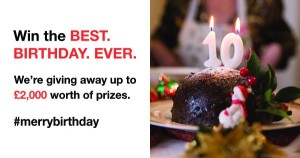 Three will be making it right for those with December birthdays over the next month, with a number of tactics across its digital platforms.

Three’s social pages will also undergo a Merry Birthday makeover to celebrate all of those people across the UK with December birthdays. Consumers will have a chance to nominate their friends with December birthdays to win one of four Best Birthday Ever prizes. The network also has a few surprises up its sleeve for anyone who is born in December via a ‘surprise and delight’ social campaign.

New Three Film Shows Us Why ‘Christmas Birthdays’ Suck So Much added by newsroom on December 10, 2015
View all posts by newsroom →