By newsroom on December 21, 2017Comments Off on Pearlfisher partners with global charities and brands to provide the homeless with a special Christmas gift 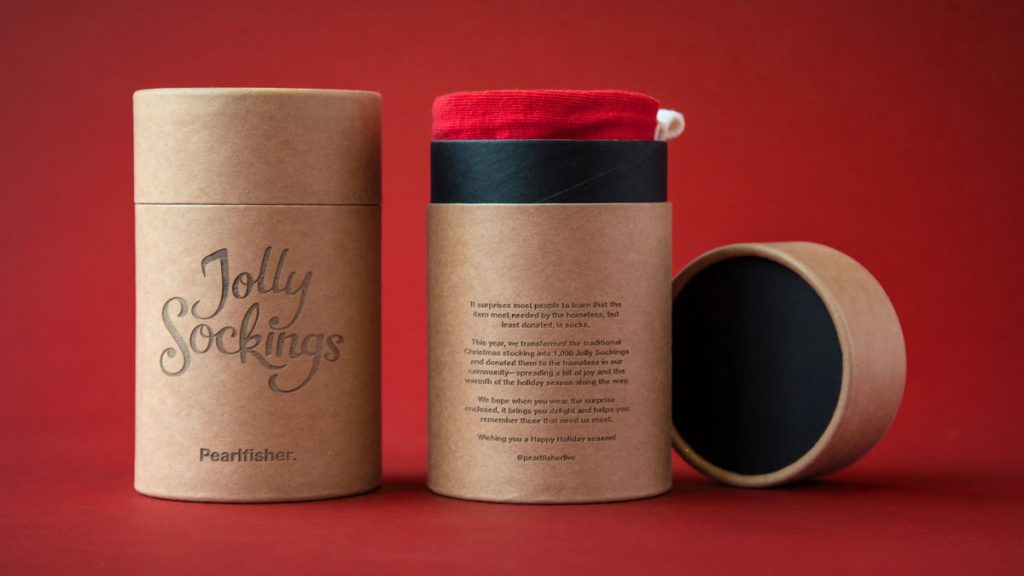 Pearlfisher launches ‘Jolly Sockings’ – in partnership with established global charities and brands – to provide the homeless with a special gift this Christmas. 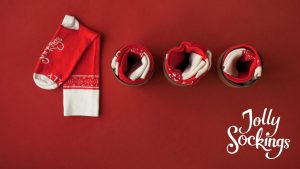 With an orchestrated social campaign rolling out across its four locations (London, New York, San Francisco and Copenhagen) Pearlfisher, in partnership with sock brands and charities in each city, is aiming to use creativity to help the homeless this festive season.

Based on insight from The Salvation Army that socks are the number one needed, but least donated, item for the homeless, Pearlfisher has transformed the traditional Christmas Stocking into the Socking – a much-needed pair of socks stuffed full of a selection of practical and gift items. Throughout December, Pearlfisher and their charity partners are distributing 1,000 Jolly Sockings in a bid to bring some of the spirit of Christmas to the homeless in a kind, useful and meaningful way. 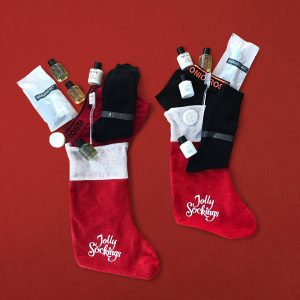 In the UK, designer Paul Smith and The London Sock Company, Britain’s fastest growing sock brand, have kindly donated socks to the Jolly Sockings campaign. The generous donation from The London Sock Company continues their ongoing support of initiatives to support London’s homeless community – in October this year, they launched their Sock-tober campaign with Crisis which saw them donate over 5,000 pairs of socks to homeless across the country.

Two-hundred Sockings will be handed out on Christmas Day by St Mungo’s at a special Christmas lunch being hosted by the charity at Euston Station, in partnership with Streets Kitchen and Network Rail. Hundreds of Jolly Sockings have also been given to the homeless community that is supported by the Companions of the Sovereign Military Order of Malta in Central London. 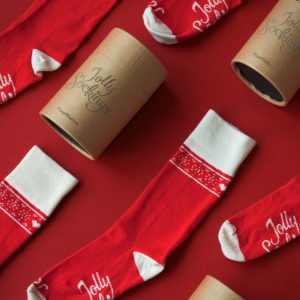 In the US, Pearlfisher is partnering with The Bowery Mission in New York and Hamilton Families in San Francisco. In Copenhagen, Jolly Sockings will be handed out by The Salvation Army.

Karen Welman, Pearlfisher Founding Partner & Chief Creative Officer, said, “Every year we pride ourselves on wishing our clients and friends a Happy Christmas in a creative way. This year, we wanted to do something more meaningful to support people for whom Christmas is not necessarily about celebration and being with loved ones. Our Jolly Sockings campaign aims to bring people together, spread a positive message and give in a different way to help the homeless with a practical and meaningful action this festive season. We are already overwhelmed by the interest and support from our charity and brand partners and we hope that more will come on board, and help us hang up sockings for the homeless, not just this year – but every year. We look forward to making Jolly Sockings an annual campaign whose reach gets even bigger and more impactful.”

Pearlfisher partners with global charities and brands to provide the homeless with a special Christmas gift added by newsroom on December 21, 2017
View all posts by newsroom →