By newsroom on April 17, 2018Comments Off on São Paulo City Hall transforms viaducts in media to talk with homeless people

São Paulo has a significant number of homeless people on the streets. Even so, many public shelters remain with empty beds every day. Sometimes for a noble reason: they don’t want to abandon their dogs, not accepted in those places before. 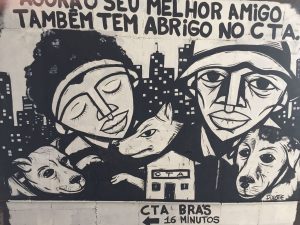 Now, the new units accept and guarantee space for the pets, but their misinformation left the beds still empty, while hundreds of people continue to sleep on the sidewalks.

To change this reality and talk with this so specific target, who don’t have smartphone, social media profile or frequent access to the traditional media, São Paulo City Hall and creative agency nova/sb, decided to create a new communication channel, with a direct impact to the homeless people.

Inviting five different street artists, they transform the roof of viaducts, place that only homeless people can see – and exactly at bedtime –, in a direct and effective media. 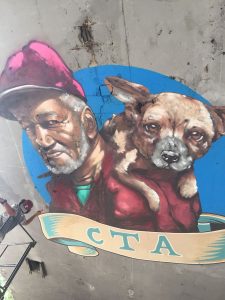 “The main goal is to talk to people when they go to sleep, when this is the scenario they see: the roof of the viaducts. It’s like using the public space as a new way of communication, and specific to talk with our target: the homeless people,” explains Átila Francucci, creative vice-president of nova/sb, the São Paulo based agency that had developed the project.

Each artist (Galo, Randal, Pixote, Thassio and René Muniz) has had complete freedom to impress their own style on their graffiti, once it made clear that the new public shelters were dog friendly and nearby. For that, the agency had studied the best dimensions, position of the drawing, feasibility and all security measures.

Like every street artwork, the five graffiti will be available indefinitely, depending on external factors independent of the public control. The main goal is that the biggest possible number of people in vulnerable situation and their dogs have the opportunity to sleep and dream with comfort, safety and dignity. 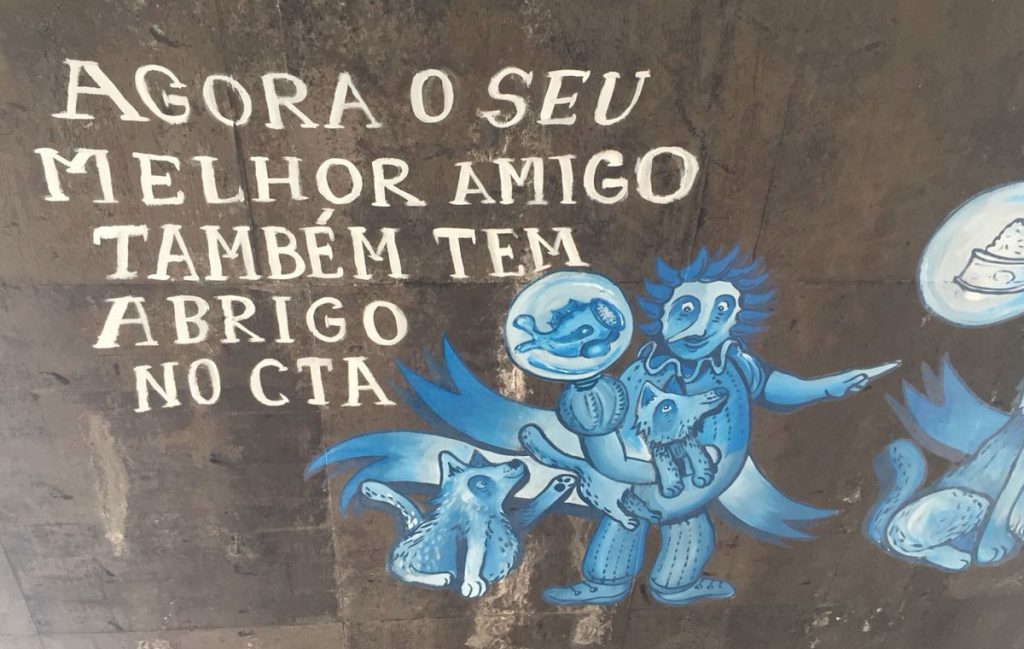 São Paulo City Hall transforms viaducts in media to talk with homeless people added by newsroom on April 17, 2018
View all posts by newsroom →